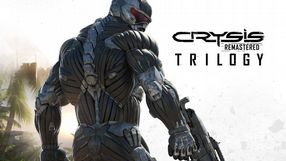 A collection of remastered versions of cult Crytek shooters. The package includes Crysis Remastered from 2020 as well as Crysis 2 and Crysis 3. All games have been refreshed with new models, textures, 4K resolution and more.

A refreshed version of the 2011 shooter, offering graphical improvements in terms of lighting, textures, resolution and more. Crysis 2 Remastered features a single player campaign only, telling the story of the fight against aliens attacking New York City.

A refreshed version of the 2013 shooter, offering graphical improvements in terms of lighting, textures, resolution and more. Crysis 3 Remastered includes only the single-player campaign, telling the story of an attempt to finally stop the Cepid invasion of Earth. 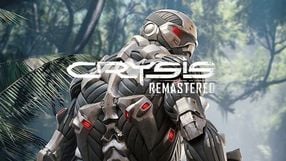 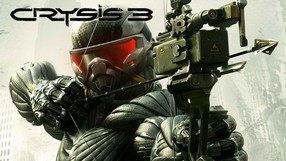 The third part of the first-person shooter series, created and developed by Crytek studio and powered by their in-house technology - CryEngine. The story has been set in 2047, 24 years after the events of Crysis 2. Players take the role of James Alcatraz Rodriguez, the soldier of a Force Recon unit, who, in his futuristic Crynet Nanosuit 2.0, faces off against alien race Ceph and the Cell Corporation. The battles take place mainly in New York, a city encased in a giant Nanodome with 7 districts, featuring diversified environments, known as Seven Wonders. Main campaign for single player is supplemented by a well-rounded multiplayer, where up to 16 players (12 in case of console versions) can play together. 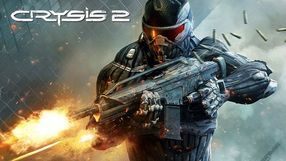 Crysis 2 is a sequel to the science fiction FPS created by Crytek studio. The game is set three years after events of the first installment and takes place mostly on the streets of New York City, where we face members of an alien civilization and hostile soldiers of the C.E.L.L. corporation. In the title, we control a completely new character  a commando named Alcatraz who dons the sane suit the hero of the first part did, drawing attention of opponents. The authors expanded solutions known from the predecessor, including a special nanosuit 2.0, which can be improved by obtaining alien catalysts. In contrast to the previous episode, individual missions take place mainly in closed locations and during gameplay there is much more emphasis on the story. The game is complemented by an extensive multiplayer mode, in which through successive skirmishes we gain experience necessary to unlock new weapons and nanosuit extensions.

A stand-alone expansion pack for the bestselling first-person perspective shooter developed by Crytek studio in 2007. The story of the game is based on the events that occurred in the original game but shows them from a different point of view, thus supplementing the story. In the game the player assumes the role of an ex-SAS soldier who is sent on a mission to reclaim what is feared to be a nuclear warhead. The North Korean forces are interested in the weapon as well. During the game the soldier faces not only enemy soldier, but merciless aliens as well. The latter are starting a terraforming process, turning the tropical island where the action takes place into an icy rock. The gameplay mechanics of the game are similar as in the original game, but the game is more focused on fights against bosses and enemy machines. The players can use two new weapons and previously unavailable vehicles. The multiplayer mode was enriched with new maps and team modes. 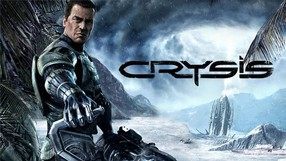 A futuristic first-person shooter that was initially supposed to be the sequel to Far Cry, the bestselling FPs developed by the German developer Crytek. The action takes place on a remote island where a group of scientists made a breakthrough discovery. Soon, the North Korean army takes control of the isle, isolating it from the rest of the world. The US government sends a special mission to rescue the scientists. Skirmish with enemy soldiers quickly becomes a fight for survival against an alien race. The game offers a vast, highly interactive world, as well as a significant degree of freedom in completing our objectives. The usual FPS features were complemented by science-fiction elements, namely a Nanosuit that allows us to increase the protagonists strength, camouflage, or activate a special protective shield. The developers also created a full-blown multiplayer mode in which two commando teams compete against one another.