After the silence that followed the announcement of Crysis 4 being in development, Crytek has finally decided to share some news regarding the wok on the highly anticipated game.

Yesterday the developers announced that Mattias Engström, previously working at IO Interactive, has joined their ranks.

Hitman director comes on board 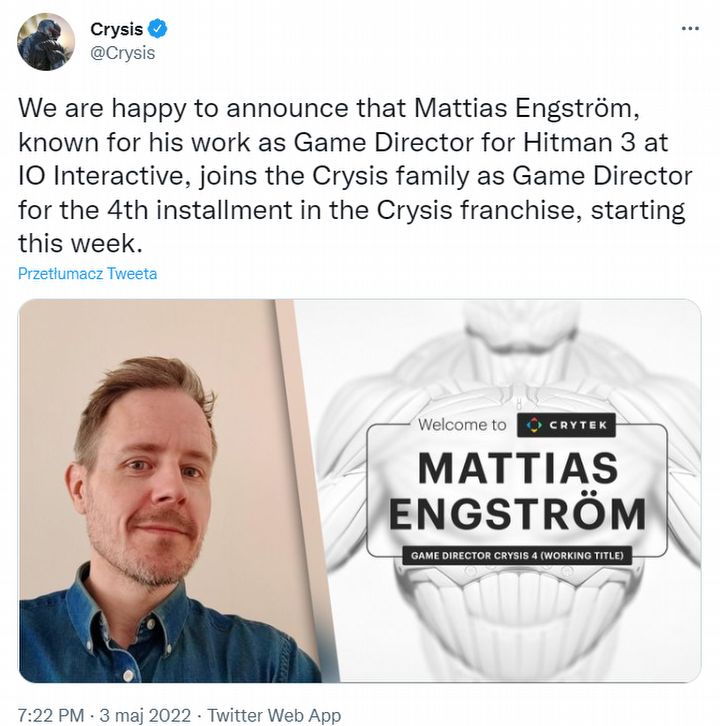 All hands on deck

Along with the announcement of Mattias Engström as the new director, Crytek decided to send out a call to anyone interested in working on the latest installment of Crysis.

The list of open positions is long - from art director, through level designers to AI programmers.

It looks like Crytek still has a long way to go to finalize the project, but we look forward to more status updates in the future. Let's hope it's all good news.

Rogue Legacy 2 Heirlooms - How to Find Them?

LEGO Skywalker Saga Will Get Ahsoka and 9 Other New Characters

Xbox & Bethesda Showcase Promises to be Something; We've Compiled a List of Games

Rogue Legacy 2 Heirlooms - How to Find Them?

Marie Curie Will Help Us Battle Monsters in Nightingale