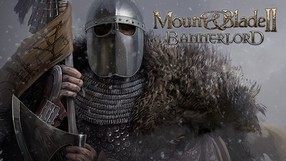 A sequel to the popular Mount & Blade game series, which skillfully combined action with strategy and RPG elements. The sequel was developed by the creators of the original game – Turkish developer TaleWorlds. The story throws you right into the dark Medieval Times, forcing you to adapt to that harsh reality. Two of the game's most characteristic features are the open world and complete freedom to your actions. In order to gain fame and fortune, you have to prove yourself as a tactician, a diplomat, and a fighter. Similarly to its predecessor, the game consists of two gameplay layers. The strategic layer is set on a map, where you travel from one place to another and plan your overall strategy. The other one is action – where you take part in dynamic battles, sitting on a horseback or on foot, with a wide array of various weapons at your disposal in either first or third person perspective.

An enhanced version of Mount & Blade that takes the mechanics of the sandbox RPG by TaleWorlds into the reality of Polish-Lithuanian Commonwealth, clearly drawing inspiration from the famous novel by Henryk Sienkiewicz. The gameplay still combines elements of action, strategy and role-playing games and is divided into two parts, so to say. The world is managed via a strategic map, and we can take action in either first- or third-person mode when necessary. Compared to the vanilla game, Mount & Blade: With Fire & Sword offers slightly improved graphics and AI of the enemy soldiers as well as several minor enhancements, including a myriad of previously unavailable quests. However, the biggest novelty is the introduction of a multiplayer mode which offers the possibility of fighting battles with our friends, thus making the game continue even after completing the story campaign. 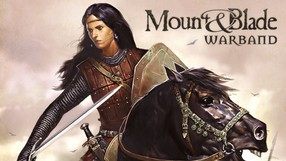 A standalone expansion to Mount & Blade, a popular game by TaleWorlds Studios, which gained acclaim for being a unique combination of strategy game and action-RPG. The developers responded to community feedback implementing an array of innovations and improvements to enrich the gameplay. First of all, artificial intelligence of commanders and vassals was significantly improved and the diplomacy options were expanded, giving you more control over your lands. Another thing that went through much improvement were the game’s visuals. However, the biggest novelty is the multiplayer gameplay for up to 64 people playing together in one of 7 different game modes. Warband features all locations present in the original Mount & Blade, as well as a brand new faction - the Sarranid Sultanate - and lots of new missions.

A historical spin-off to the Mount & Blade series, developed in cooperation by three team: the Russian Snowberry Connection, Ukrainian Sich Studio, and the creators of the franchise, TaleWorlds Entertainment. Mount & Blade: With Fire and Sword is set in Polish–Lithuanian Commonwealth during the 17th century, drawing inspiration from the works of a Polish novelist, Henryk Sienkiewicz. As per the series' tradition, we play the role of an adventurer trying to find his place in a world engulfed in conflicts. The gameplay is based on the original Mount & Blade, being a mix of RPG and strategy game. With Fire and Sword brings some novelties to the series: changes to the open-world environment, the introduction of firearms and historical formations (e.g. the famous Polish Hussars), as well as fictionalized side quests, often given by characters from Sienkiewicz's novels. 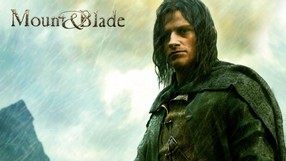 A unique combination of RPG mechanics with a strategy game, created as the debut project of an independent developer, TaleWorlds. The player assumes the role of an adventurer who arrives to Calradia, a realm divided into several rivaling kingdoms. What he does next depends completely on him. Mount & Blade does not offer a story campaign, rather giving the player the freedom of shaping his adventures. Initially, the hero has only the eponymous mount and blade, but in time he comes into possession of full combat equipment and an actual army, and even being given the option of becoming a vassal to one of Calradia’s rulers. Mount & Blade lets the player to move freely around the world’s map — in this view you get to travel to towns and villages, encounter enemy armies, and find mission targets. On the other hand, in towns and during battles you control your character like in a purebred RPG with TPP view. During battles the player not only fights along his soldiers, but also gets to command them. Among other Mount & Blade’s highlights we should mention expansive economy, character progression, variety of missions, and tournaments.