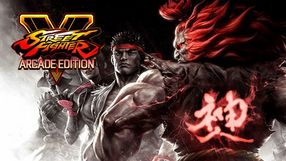 An expanded version of the fifth entry in the cult series of fighting games developed by Capcom. The title does not introduce major changes to the mechanics known from the original Street Fighter V  the developers focused on creating a complete edition of the game. It features twenty eight characters with unique combat abilities. Street Fighter V: Arcade Edition also features new V-Triggers (special bonuses gained for the V-Gauge, energy received when the character is attacked) and two new gameplay modes: Arcade Mode, inspired by classic Street Fighter games; and Extra Battle, where the player can fight for exclusive clothes in special challenges. Among the novelties there is also the new interface (colors were changed and the menus were refreshed) and additional visual effects during the battles.

Street Fighter IV: Champion Edition is another version of Street Fighter IV, a console fighting game that debuted in 2009. New version was developed for mobile devices (iOS and Android). It is the third mobile version of the game  the previous ones were Street Fighter IV from 2010 and Street Fighter IV: Volt from 2011. The new edition features improvements and around thirty playable characters. Graphics were improved as well  the character models have more details and the black lines that were present on the sides of the screen were removed. The title also features online multiplayer that the previous versions lacked. The combat system wasnt changed too much  it is still one of the more advanced fighting games available on mobile devices. The players are using virtual buttons to tap various attacks that can be combined into simple combos and their more advanced versions  super and ultra.

Ultra Street Fighter II: The Final Challengers is a remastered version of the second game from the popular fighting game series, initially released in 1991. It was developed by Capcom and UDON Entertainment. The new edition has received a series of improvements and tweaks. There are two completely new playable characters available: Evil Ryu and Violent Ken. Each of the available fighters has their own story and set of moves, attacks, and combos. The game's visuals were also improved. All textures are now in high resolution, but we can still switch back to the retro-stylized pixel-art visuals if we want to. Though some things were changed and improved, the core of gameplay remains the same. The Versus mode allows us to fight with other players or against A.I. Ultra Street Fighter II: The Final Challengers also offers a special game mode where two players face the same A.I. controlled enemy. 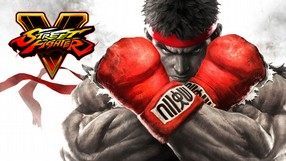 The fifth major installment in one of the longest-standing and most popular fighting game series, launched by the Capcom company back in 1987. The game offers a new combat system that, while being more complex, is also easier to learn. The system is augmented with three brand new techniques: V-Skills, V-Reversals, and V-Triggers, based on the rechargeable V-Gauge bar. The base game features 16 playable characters, including the greatest legends of the series, and 4 new fighters. More characters, as well as whole lot of extra content can be bought for special virtual currency you earn in the game. Street Fighter V allows for cross-platform competition for owners of PCs and consoles. The game features cel shading graphics, powered by the modern Unreal Engine 4 that allowed for a quality leap in comparison with the previous installments. At the same time the developers managed to retain the series characteristic look. 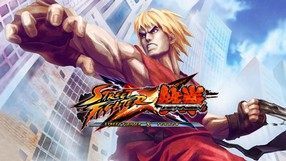 Street Fighter IV is the fourth installment of the extremely popular fighting series. The action of the game was set between the events presented in the second and third part of the cycle. Among the 25 warriors in which the player can play, there are both well-known (Ryu, Chun-Li, Ken and others) as well as completely new heroes. Developers from Capcom also decided to return to the roots of the series and although the character models and scenery are made in 3D technology, the action was shown in a characteristic two-dimensional projection.

A remake of a classic logic-arcade game, combining elements of the popular "Tetris" and a classic two-dimensional fight. We deal with arranging colored blocks, thus leading out the blows.