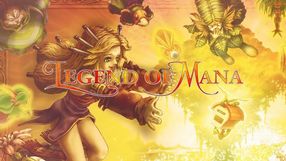 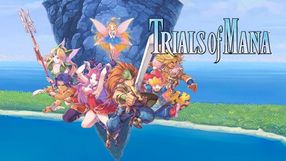 A collection of the first three parts of the classic jRPG action under the Man's banner, which appeared in the first half of the 1990s on Game Boy and SNES consoles. The titles in the collection have been made available in their original and unchanged form.

Secret of Mana is a remake of the classic action jRPG from 1993. The game was developed by Square Enix. The original title was released in Japan under the title Seiken Densetsu 2. The game takes place in a fantasy world that the player must save from the powerful Empire. During the game the player is exploring the world, speaking to non-playable characters, completing quests and fighting enemies by using an action-based combat system. There are three characters in the party, each with different special skills. The player controls only one of them while the remaining two are controlled by artificial intelligence. It is possible to freely switch between the characters. Compared to the original game, the remake features new three-dimensional graphics and improved soundtrack. The developers dubbed all dialogues and improved some gameplay mechanics.

A Japanese action RPG created for mobile devices. To be precise, it is a remake of Final Fantasy Adventure - a spin-off of the famous jRPG series. We play as one of the enslaved gladiators who each morning have to fight a different deadly creature on the arena for the amusement of the Dark Lord. Once the protagonist finds out that the oppressor is close to finding the legendary Tree of Mana that can grant him power over the entire world, he decides to escape and stop the villain. The action is viewed from high above, and the gameplay focuses on exploration, character development, upgrading the weaponry, solving occasional puzzles and fighting - the combat system in the game is very much arcade.

Heroes of Mana is a Square Enix real-time strategy embedded in the universe known from the popular Seiken Densetsu game series. Production was released only on the portable Nintendo DS console.

Dawn of Mana is a classic Japanese cRPG production. This is another game, which takes place in the world of Mana (together with Children of Mana for Nintendo DS creates a mini-series of World of Mana).

Children of Mana is an action RPG game. It was created in Next Entertainment studios (formerly Nextech), and the publisher is Square Enix, responsible for the Final Fantasy series and Dragon Quest.

Sword of Mana clearly refers to the legendary predecessor, being an adventure game with very strongly marked RPG elements.