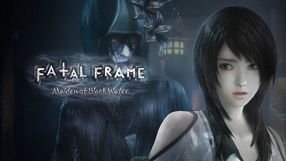 Project Zero 2: Wii Edition is the technical capability of Nintendo Wii remake of the loud hit from PlayStation 2 and Xbox. The plot of the game depicts the fate of twins - Mio and Mayu Amakura, who accidentally end up in a village shrouded in eternal darkness. Soon it turns out that its immaterial inhabitants want to sacrifice the girls in a ritual sacrifice. The sisters, armed only with a camera, have to face terrifying creatures from the hereafter and get out of a deadly trap.

The next installment of Project Zero, also known as Fatal Frame. This is a horrifying survival horror in which we fight ghosts through a camera. The game tells the story of two twin sisters who got lost in the forest. Fatal Frame is a blood-chilling atmosphere, dark surroundings and violent musical effects.

The first part of the famous series of horrors. The player takes on the role of a young girl who finds herself in a ghosted estate. "Fatal Frame" is distinguished by the unusual course of fights with the use of a camera.