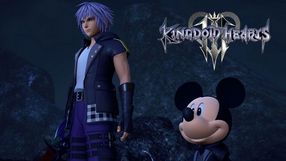 A third main entry in the popular jRPG series, started in 2002 on PlayStation 2 console. The production, developed by Square-Enix, is a closing act of the story taking place in a unique fantasy universe, which combines the worlds of several movies and TV dramas created by Disney with the Final Fantasy series. The main characters are Sora, Riku, and Kairi from the previous games, along with well-known Disney characters like Mickey Mouse, Donald Duck, or Goofy. We witness the final face-off between light and dark, the latter embodied by an organization named XIII, led by master Xehanort. While the visuals have been significantly enhanced, Kingdom Hearts III employs the mechanics and fighting system known from its predecessors. We observe the games world from third-person perspective, while during the real-time battles we can count on the support from our two allies, each with a unique set of skills.

An interactive Kingdom Hearts film series using PlayStation VR virtual reality technology. Kingdom Hearts: VR Experience allows you to experience the most important events in the history of the cycle.

Kingdom Hearts: The Story So Far

Complete package of all productions from under the Kingdom Hearts brand, which appeared before the premiere of the third numbered edition of the series. The games included in the set have been improved, extended with content previously unavailable in the West, and enriched with re-mastered graphics. 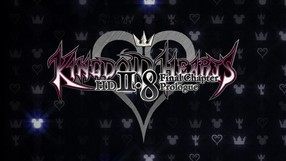 A compilation of remastered games from the Kingdom Hearts jRPG series, known in the gaming world since 2001. Square Enix (formely Square) is responsible for the series from its beginning. The compilation contains a refreshed version of Kingdom Hearts: Dream Drop Distance, Kingdom Hearts 0.2: Birth by Sleep - A Fragmentary Passage, and a collection of cutscenes divided into chapters from Kingdom Hearts X, entitled Kingdom Hearts X Back Cover. The gameplay focuses on swift, spectacular action scenes, and its base elements include exploration of a fantasy world, battling encountered enemies, and development of our hero. Kingdom Hearts HD 2.8: Final Chapter Prologue uses Unreal Engine 4 technology, which powers the third installment of the Kingdom Hearts series.

A mobile browser version of Kingdom Hearts X  a part of one of the most successful jRPG franchises from Square Enix. This is a free application featuring optional micropayments. Kingdom Hearts: Unchained X is a prequel to the Kingdom Hearts series, so it may be interesting not only for new players, but also for the fans. In comparison to the previous installments, this version is reduced. During gameplay you visit various locations based on Disney animations, in which you fight monsters known as the Heartless. The turn-based battles with the medal system play a key role in the game. During a turn, you get one action point for each medal the character is equipped with. By tapping the enemy or sliding a finger across the screen, you carry out an attack against a single unit or a group of enemies. Moreover, medals give you special abilities which can be developed through the game. The fairytale-like atmosphere is complemented by cartoonish 2D graphics.

Dream Drop Distance is the seventh installment of the popular Kingdom Hearts RPG series, in which the worlds created by SquareEnix and Disney are intertwined.

The next installment of the popular series of Japanese RPG games combining the worlds of Square Enix production with characters and landscapes from Disney animated films. The authors managed to transfer to the game most of the elements known from the first and second parts, published on PlayStation 2. The game consists in exploring fairy-tale areas, conducting dramatic conversations with other characters, as well as participating in arcade fights.

The next installment of the popular series of Japanese RPG games combining the worlds of Square Enix production with characters and landscapes from Disney animated films. Visually, the whole thing resembles 16-bit productions of this genre. The fighting system, on the other hand, resembles that of PlayStation 2 and combines card elements with dexterity aspects.