Finally! Almost thirteen years of waiting have come to an end. Today, Kingdom Hearts III made its debut on PlayStation 4 and Xbox One, which is another fully-fledged version of the cult jRPG series from Square Enix. The title has already received the first update, labeled 1.01. It fixes a few bugs and adds the Memory Archive option, in which you will find a summary of the events from the previous parts. 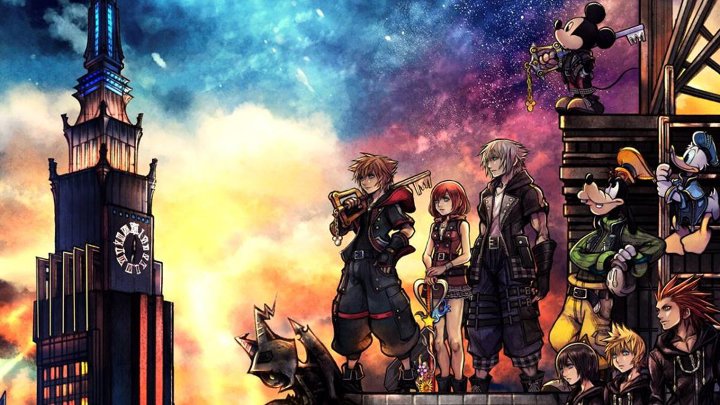 We would like to remind you that the premiere version of Kingdom Hearts III does not have an ending. It will be added tomorrow as a special patch. On Thursday, the developers will supplement the title with a secret video, which will be available for people who reached the endings of the third part and met additional criteria, depending on the level of difficulty. The delay in the release of these two elements is a kind of protection so that players do not come across spoilers from the game too early.

If you are interested in this title and you haven't had contact with Kingdom Hearts series before, we have to warn you against two things. First of all, before starting the game in the third part it is worth to get acquainted with everything that has been happening so far in the main cycle and spin-offs. The story told in Kingdom Hearts is quite complicated and without proper preparation it is not difficult to get lost in it. 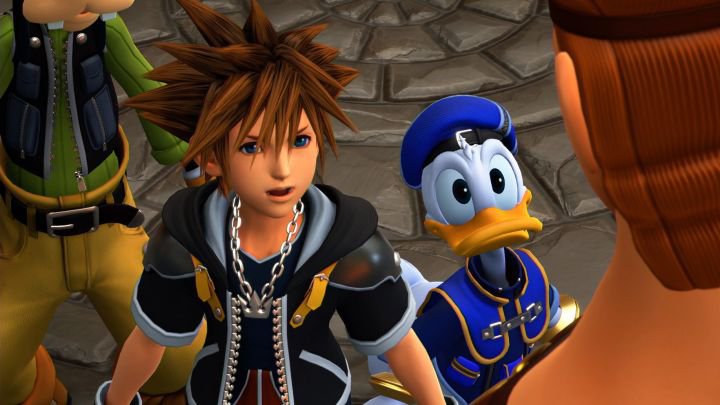 There are many meetings with old friends in Kingdom Hearts III.

In Kingdom Hearts III we play the role of Sora, a proud owner of a powerful weapon called Keyblade, who once again joins forces with Donald and Goofy, and then sets off on a journey through the worlds of fairy tales and films from Disney to stop the forces of darkness represented by the sinister organization XIII. The title completes most of the story elements started in the previous parts and, according to reviewers, does so in a dignified way. In addition to the story, critics have also received praise for the new elements in gameplay, which skillfully complement those known from older editions, and improved graphical design. Mixed feelings were aroused by the music, which until now was a very strong point of the cycle.

The first part of the Kingdom Hearts series debuted in 2002. For sixteen years fourteen titles signed by this brand have been released on the market. Most of them appeared only on PlayStation consoles. Kingdom Hearts III is the first main part of the series, which also debuts on Xbox. Does this herald the brand's expansion to other platforms that may have dreamt of it so far? We will see it in the future.