Six Days In Fallujah is a third-person shooter depicting the events of the beginning of the war in Iraq, namely the six-day battle for the Fallujah. While working on the game, Atomic Games studio (known mainly from the series of tactical war games - Close Combat) used films, photos, diaries of soldiers and conducted interviews with the Marines taking part in this battle.

During the game, we take control of one of the members of the four-person marines squad. The game in a very realistic way shows the conditions prevailing during the titular battle - most of the fights take place in the narrow streets of the city. Human reactions are also very natural - Iraqi rebels, ordinary civilians and American soldiers behave differently in a given situation. Six Days In Fallujah is characterized by an advanced physics system of objects and destructible environment. Of course, in the game, we can only use weapons that were used by the Marines during this bloody battle. 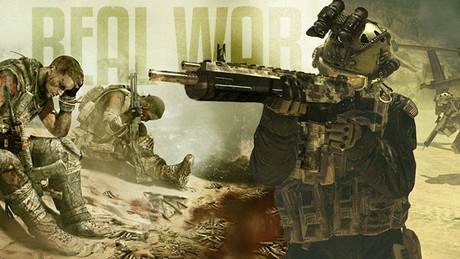 The ambitious project titled Six Days in Fallujah has been resurrected after 11 years. The game about the beginnings of war in Iraq just received a cinematic trailer.

The publisher of Six Days in Fallujah changes its approach to dealing with difficult and political topics. In a statement on Twitter, the creators informed that the game will feature representatives from both sides of the conflict.

A new trailer for Six Days in Fallujah has appeared online, in which we can take a closer look at the gameplay structure of this ambitious FPS. What's more, the creators revealed a few important details about the technology used in the game.

Six Days in Fallujah stirrs more and more controversy among gamers and developers. In the Internet there is even a petition demanding the to be canceled.