Terminator: Resistance is an FPS enriched with RPG elements. The production was developed by the Polish team Teyon Games, whose portfolio includes, among others, Heavy Fire series and Rambo: The Video Game.

As the feature prequel of the film cycle, Terminator: Resistance takes us to the United States in chaos after a rebellion of machines. The action of the game takes place some time before one of the T-800 models was sent into the past to eliminate Sarah Connor and thus prevent the birth of John Connor, the future leader of the human resistance movement.

During the game we play Jacob Rivers - one of the rebels, whose team was murdered by robots. When the protagonist encounters a group of other survivors, they embark on a dangerous journey through demolished America to stop the victorious machine march. The plot of the game is to some extent non-linear, and the fate of the hero and his friends depends on the decisions made by us during the game.

In Terminator: Resistance we observe the action from the first person perspective (FPP). Throughout a series of missions on extensive maps, we focus on a variety of tasks and the fight against the title machines; we face our opponents alone or alongside other soldiers controlled by artificial intelligence. During clashes, we use an extensive arsenal of firearms and various gadgets, which we find or produce (and if necessary, improve) ourselves, using the acquired resources. As we progress, we gain experience, unlock new skills and develop existing ones. In addition to combat abilities, other "Skills" can be useful, such as opening increasingly complex locks.

Although there is no shortage of enemies whose defeat is not a big problem (provided that we hit their weak spots accurately), such as reconnaissance drones or robots-spiders, it is worth hiding behind shields during the firefighting, especially that life does not regenerate automatically here, and the weakened forces can be restored with the help of first-aid kits found on the way. However, encounters with the above mentioned T-800s look a bit different, as they are extremely resistant to damage and have a powerful attack force, so we must initially sneak behind their backs and avoid direct confrontations at all costs; only with time does our combat potential grow so much that we can stand up to our equals with them.

Terminator: Resistance three-dimensional graphics are decent; the most notable are the opponents, who are designed with great attention to detail, and their metal armour gradually deteriorates during the firefight. The fun is accompanied by a soundtrack evoking associations with the music from the film's original. 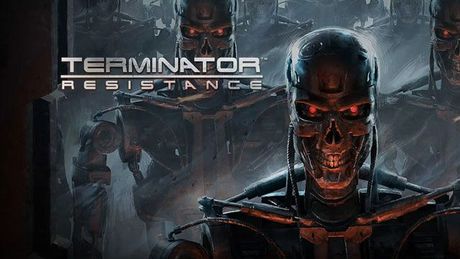 Terminator: Resistance Review  It's Not Perfect, but It's Definitely Not a Crap

The new Terminator is surprisingly satisfactory. And we're not talking about the average film by Tim Miller, but about a fresh game from Krakow's Teyon  a developer who became notorious in the gaming industry with the infamous Rambo: The Video Game.

The official hardware requirements of Terminator: Resistance have been released on Steam. The upcoming shooter with RPG elements can be fired up even on an older rig.

A 27-minute gameplay footage from the upcoming shooter Terminator: Resistance, based on the legendary series of action movies, has been released online. The material includes a presentation of the most important game mechanics, including sneaking, hacking and fighting.

Terminator: Resistance made its debut on PC, PlayStation 4 and Xbox One. This FPS based on the iconic franchise did not appeal to the critics, but so far it collects positive feedback from players on Steam.

Teyon has prepared a new update for Terminator: Resistance, which adds a fresh game mode. It enables us to play as the iconic T-800 Terminator.

The Australian age rating organization may just have told us about the plans to release Terminator: Resistance on next-gen consoles. Announcement imminent?