Power Gig: Rise of the SixString

Dance game, dealing with the subject of breakdance. We play as one of six different dancers, participating in tournaments or playing with friends.

Boom Boom Rocket is a music game in which the main task of the player is to rhythmically shoot fireworks (in the tact of the music played in the background).

Karaoke Revolution Presents: American Idol is another part of a popular series of music games about playing the title karaoke. This time, people from the Konami corporation allied with the employees of Blitz Games studio in order to serve lovers of singing to the microphone a product based on the American version of the hit TV show "Idol.

The next installment of the popular series of dance games. Perform the movements according to the displayed instructions, using the mat attached to the game. Noteworthy is the soundtrack consisting of more than 70 songs.

Scene It? Box Office Smash is next game in the Scene It? series that lets you feel like a quiz show participant. Players have to answer questions related to the cinema.

The next installment of a popular series of music games dealing with karaoke. This time we have the opportunity to take part in the American version of the popular program "Idol".

Unusual combination of platformer and music game. We play as members of The Vibrant Chordblasters rock band and fight cruel heavy metals to bring peace to the world. 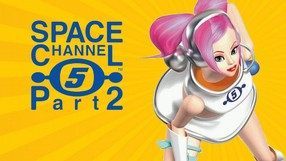 Space Channel 5 Part 2 is the second installment of the dance series created by United Game Artists under the direction of Tetsuyi Mizuguchi. The main character of the game is a 19-year-old TV journalist, Ulala, who, together with her friends, sets out to rescue people kidnapped by a criminal group called Rhythm Rogues.

Collecting mini-games, such as throwing a bottle of milk at a distance or targeting cones, but also a bit more complex competition such as balloon race or Mars flight. 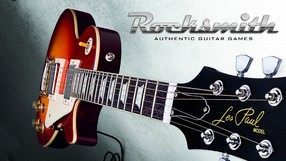 A set of a dozen or so original mini-games that can turn your apartment into a lava tank, a film set or a garden. People of all ages can take part in the games. There are no winners or losers, the players set their own rules and goals. The title uses the Kinect motion controller.

Atypical production being a meditation simulator using Kinect controller technology. In the game we make calm gestures and adopt positions, which were developed by the Indian doctor Deepak Chopra. In addition to relaxing images, body systems for rest, we also get a calming soundtrack. Something for connoisseurs of water pipe and molasses.

A game using the Kinect motion controller, which offers a number of mini-games as a variation on the classic Twister board. Our goal is to take various shapes on a mat with colourful circles drawn on it.