XCOM: The Chimera Squad is a tactical turn-based strategy that takes place five years after the events presented in XCOM 2. The game was developed by the Firaxis Games studio, which has been taking care of the XCOM brand development since 2012.

Although the aliens were eventually expelled from Earth, those who wanted to stay on the Blue Planet were given this opportunity. From now on, together with people, they are to try to create a new civilization based on cooperation and coexistence. The proof that this is possible is a model metropolis known as City 31. As not all of its inhabitants share these ideas, the Chimera division was established to keep it in order. Its members (both human and alien) have joined forces to annihilate common enemies.

The pillar of the XCOM: Chimera Squad are missions to which we lead selected members of the Chimera squad (out of eleven). Each of them represents a different specialization and possesses unique abilities determined by both their profession and their race.

While performing the tasks entrusted to us, we take part in extensive battles shown from the top-down perspective. The battles are divided into three phases, the first of which is the entry mode. During it, we choose the places where each soldier will start his actions. Whether we decide to enter through the front door or first try to silently filter out the hostile facility depends on our preferences as well as on the capabilities of the troop members.

The second phase of the skirmish is the proper fight, during which we make successive moves in alternate turns. We can find out about who will perform their next action by observing the timeline, which is visible on the screen, shared by members of our troop and their enemies. Although such knowledge can be used to our advantage, it should not be forgotten that some units can influence the order of movements; besides, a Chimera unit can perform a special team action during the mission, thanks to which a soldier of our choice jumps to the top of the queue. It is worth noting that our soldiers may be severely injured during the battle, which not only can exclude them from the action for the next missions, but also makes it necessary to take care of their evacuation during the current task. In addition, the wounds can lead to scars that lower the key stats of the soldiers; to get rid of them, we can send agents to special training.

The third phase is strategic operations, which we carry out at headquarters, which is our HQ. Its main element is a map on which we can check the situation in the metropolis. The city has been divided into districts, each with a different level of anxiety. When setting priorities in the performance of tasks, we must remember that fear does not take over the entire territory, because then our campaign will end in failure. At HQ, we can also conduct investigations to unblock access to new missions, and assign agents to various special tasks, such as reducing anxiety in a particular district or searching for specific resources.

Besides, in HQ, we can advance individual soldiers to new levels and teach them new combat skills. In addition, the HQ supplies equipment for the troops. Although nothing stands in the way of purchasing equipment only from the official supply department, exotic goods should be sought at the collectors' market, which is usually a good alternative; however, the latter only opens its doors once in a while. In addition, at HQ we are working on new technologies that will make our soldiers more effective. We can also create androids that will fill in the gaps left by agents excluded from combat (for example, due to their wounds); they are susceptible to improvements, although they do not have any special skills.

The graphic design of the XCOM: Chimera Squad presents a level similar to what we saw in the second part of the cycle. However, the game was maintained in a slightly more colorful style. 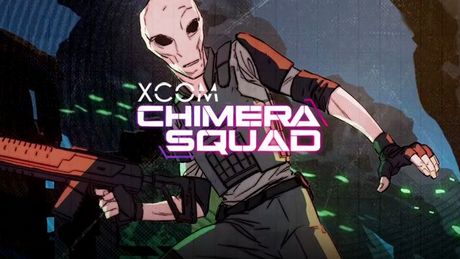 XCOM: Chimera Squad came right out of the blue  like a flying saucer crashing on a radio tower; we're not even back on our feet, and the game's already on Steam.

Firaxis Games has revealed its new work. XCOM: Chimera Squad is slated for launch on PC this month.