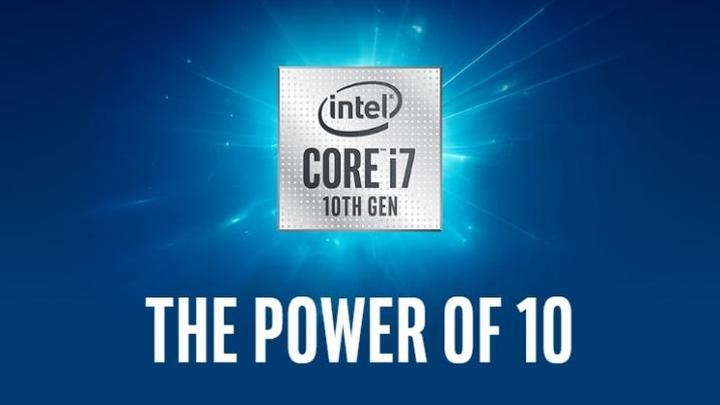 In the Intel's upcoming 10th generation, all desktop processors will support multithreading.

Information leak into the web suggesting that Intel is preparing to release the new 10th-gen Comet Lake series of CPU that support multithreading, starting with the cheapest Core i3. The source of these revelations is the database of SiSoftware Sandra, where the weakest model of Core i3-10100 at 3.6 GHz appeared. It clearly shows that Hyper-Threading support has been added, and therefore the processor has not only four cores, but also eight threads. Ultimately, this will result in higher performance except in exceptional situations (e.g. in selected games that do not use this feature very well). This is a huge difference, because earlier this technology was supported only by the most efficient units (from Core i7). Although, interestingly enough, the latest i7-9700(K) model also lacked the feature, yielding it to the top-of-the-line Core i9-9900K.

Although increasing the number of cores is a natural progression in processors, adding Hyper-Threading support to the lower-class models would certainly be a response to AMD's strong emphasis on the multithreading of its Ryzen PU. AMD offers it even in cheaper units like Ryzen 5 3400G (four cores and eight threads). A full schedule with the expected specs and price of each processor from the upcoming 10th-gen Comet Lake line can be seen below. You have to admit, it looks promising. 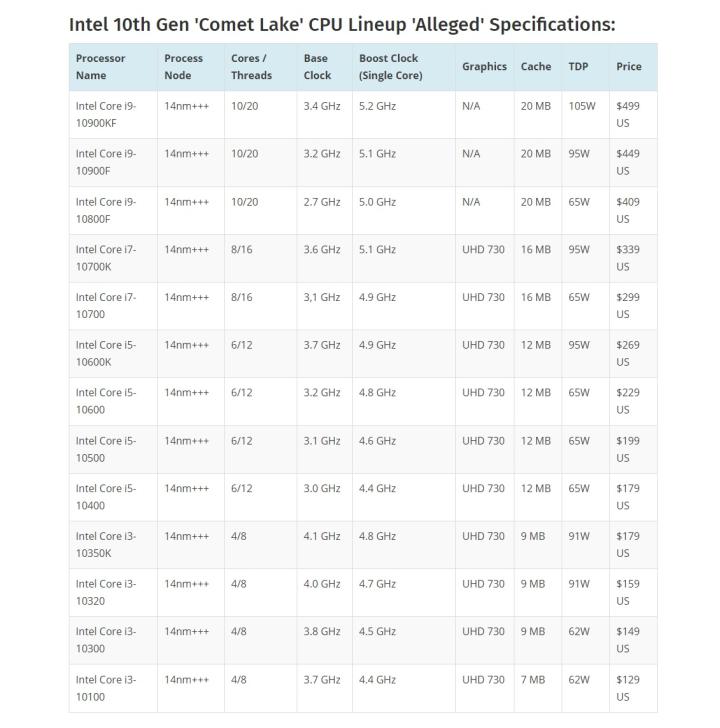 There is no denying that the success of Ryzen CPU seems to be affecting Intel more and more, even forcing changes in the company's policies (including pricing). Just to mention the recent Intel Cascade Lake-X, which will be significantly cheaper to start with, or the discounts of desktop Coffee Lake Refresh models without integrated graphics. The latest news only seems to confirm that Intel's plans need to be modified to make its offer more competitive with AMD. Potential users should only welcome this development.

Intel Core processors from the Comet Lake series (10th generation) would be launched in early 2020 and will require new motherboards. Unfortunately, they are still to be created in 14-nanometer technology, albeit improved. Intel is planning to go down to a smaller lithography, which would bring greater efficiency gains and lower power consumption, but the plans are still being postponed and can only enter into force in 2022, at least in desktop form.