A fan of the Assassin's Creed series is so fed up with the microtransactions present in recent titles that he decided to prepare a petition calling on Ubisoft to remove the Helix store from future installments of the series. At the time of writing this news, the document has been signed by over 700 people, but the number is growing rapidly.

"With the recent release of AC Valhalla it is difficult not to feel that the franchise is being used as a tool to sell microtransactions, the fact that the total cost to buy every pack on the helix store would cost more than the game itself is disgraceful, I will also add if you purchased the season pass this gives you no access to any of the items on the helix store the season pass only gives you access to the 2 DLCs coming out," reads the petition.

The player also points out that there are only nine sets of armor in the base game, with more being sold in Helix store - and these are generally re-skins of existing models (items that look similar, but with colors or minor details altered). 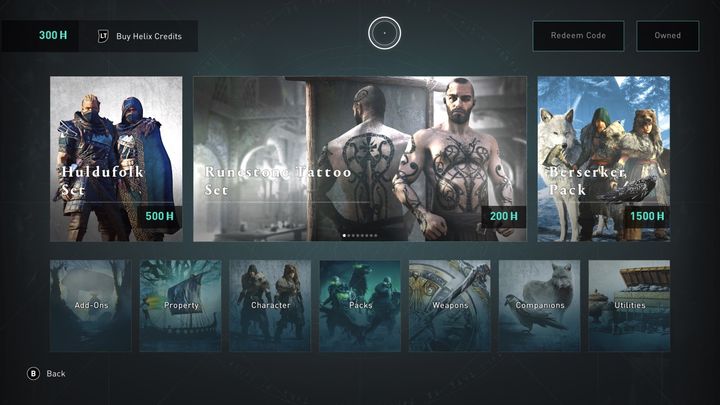 "I will also highlight that there is only 9 base game armour sets, I believe they added a saint George armour set but I'm not counting this due to it being a reskin of the theign armour set, Ubisoft are regularly updating their Helix store with more armour sets and charging a ridiculous amount of money for them not only are they charging a lot for these items they are reskins of the base game armours," we read further.

The author of the petition admits that he has no illusions about whether it will be effective, but wants to see how many gamers agree with his point of view. In his opinion, the best way to solve the problem would be to remove the entire Helix store from the next instalment of Assassin's Creed.

"My solution for this problem would be to remove the helix store and microtransactions all together and focus on creating in-game challenges and free content drops so people can keep engaged with the game and give them a reason to keep playing I personally finished AC Valhalla got the platinum trophy then deleted it I have no reason to go back and play it again," stated the author of the petition.

The latest installment, Assassin's Creed: Valhalla was released on November 10, last year and is available on PC, PlayStation 4, PlayStation 5, Xbox One and Xbox Series X / S.