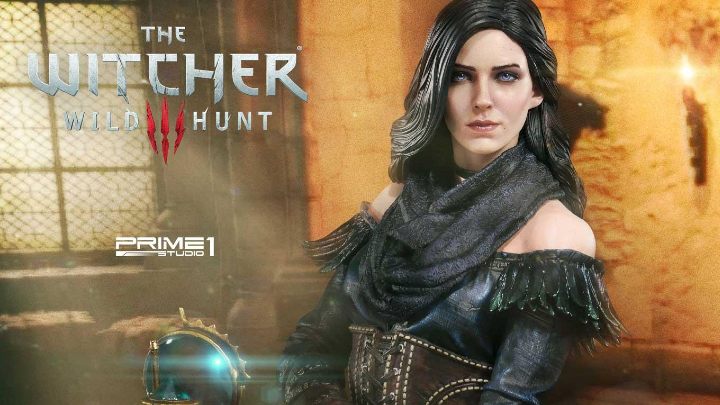 The figure shows a character in an alternative outfit from a DLC for The Witcher 3.

The sorceress Yennefer of Vengerberg will have a new collector's figure in two versions. Prime 1 Studio, the figures' maker, presented their appearance and launched a pre-sale. Both editions impress with their execution and attention to detail, but quality has its price. Namely $700.

The heroine's appearance is based on the model presented in The Witcher 3: Wild Hunt. This time, however, we will see the famous sorceress in an alternative outfit, which the Polish team at CD Projekt RED introduced into a free DLC.

Yennefer is one of the key characters in the Witcher Saga by Andrzej Sapkowski and in The Witcher 3. She is not only a powerful sorceress, but also a royal advisor, beloved of Geralt of Rivia and a mentor and mother figure for Ciri.

The figure, called Yennefer of Vengerberg Alternative Outfit is almost 10" (50 cm to be exact) high (scale 1:4) and shows the character standing next to a megascope, a device used, among other things, to communicate with other representatives of magical professions. On the diorama we can also see a chest and magical manuscripts and potions. The figure was valued at 699 dollars.

Yennefer of Vengerberg Alternative Outfit Deluxe Version is a special edition of the previous figure. It is distinguished by an addition of another character, the mysterious dwarf known from the game - Uma. As this is a limited version, only 500 pieces will be available for sale. This edition is priced at 799 dollars.

However, we will have to wait a little while for the release of the figures. According to the expected delivery time, shipments can be expected between December 2020 and March 2021.

Unfortunately, the figure will probably lack one of the most characteristic traits of the sorceress, namely the scent of lilac and gooseberry. Goshdarnit.