On July 30, Transformers: War for Cybertron Trilogy: Siege will debut on Netflix. This will be the first installment of the three-part animated series, focusing on the rivalry of two groups of shape-shifting robots - Autobots and Decepticons. It will tell the story of the beginning of this conflict, back on the title planet Cybertron. The second one, called Earthrise, will take place on Earth, while the third one will be called Kingdom. It is possible, however, that it will be a reboot of Beast Wars. This is suggested by the recent entry in the twitter account of NX, which deals with writing about "geek" titles offered by Netflix. You can see it below.

The animated series Beast Wars debuted in 1996. Its action takes place after the events known from the original Transformers. The war between Autobots and Decepticons is over. The descendants of both groups live on the planet Cybertron. Unfortunately, the relative calm is disturbed when Megatron, who has the same ambition as his ancestor, and his companions called the Predacons steal Cybertron's most heavily guarded treasure, the goldeb disk. The Maximals, led by Optimus Prime, follow them. Unfortunately, as a result of some coincidence, both factions move to a completely unknown reality, which becomes a new battlefield between the factions.

The main difference between the "standard" Transformers and their descendants is that the latter do not turn into vehicles or planes, but animals. Thus, in Beast Wars, Megatron can turn into a dinosaur (specifically Tyrannosaur Rex) and Optimus Prime into a gorilla. The emotes of both of these creatures appear in the message from Netflix, which, combined with the words about getting ready to 'go ape' and 'get our claws out' quite strongly indicates that Transformers: War for Cybertron Trilogy: Kingdom will talk about the rivalry between Predacons and Maximals. 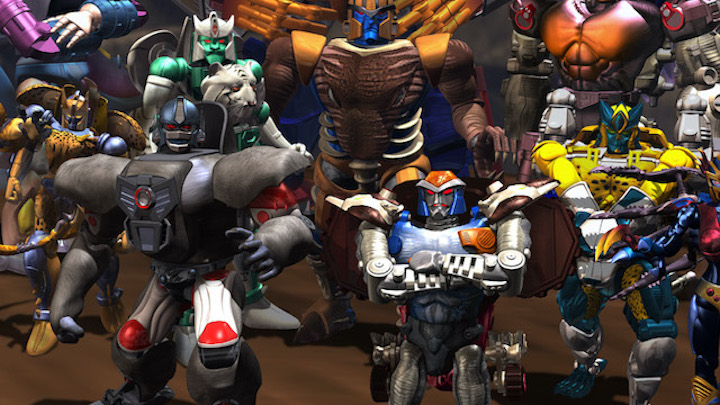 Predacons and Maximals may return soon.

For the time being, however, no additional details about Transformers: War for Cybertron Trilogy: Kingdom have been given. Fans of the franchise therefore have to wait patiently for some bigger announcement and be satisfied with the upcoming Siege, the premiere of which is approaching.