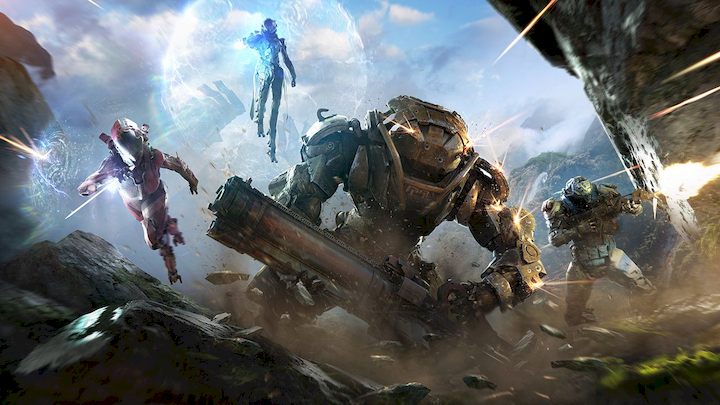 The game is slated for release in February.

In a month, Anthem, the MMO shooter from BioWare, will be officially released. No wonder, therefore, that recently weve been receiving regular, fresh info about the project. However, the latest news will be disappointing for the owners of high-end consoles.

When answering a fan question, Michael Gamble, the lead producer of the game, said that on the day of its release Anthem will not achieve 60 fps in 1080p, even on Xbox One X and PlayStation 4. The reason for this is that the team focuses primarily on the quality of the graphics and not the number of frames per second.

Michael Gamble announced that the developers will pay more attention to frame rates in the future, but there is no chance for 60 FPS on the release day. In terms of resolution, the devs aim at 1080p on Xbox One and PlayStation 4, and 4K on Xbox One X and PlayStation 4 Pro. Of course, it's probably not going to be a true 4K. Additionally, the authors are investigating the possibility of providing a cross-play, which would allow the owners of different platforms to have fun together, although at the moment they are unable to promise anything specific in this matter.

Let's remind you that Anthem is developed for PC, Xbox One and PlayStation 4. The game will be released on February 22, this year.

It is worth mentioning that we will be able to test Anthem before the release thanks to a demo version. Subscribers of EA Access or Origin Access service will be able to play the demo on 25-27 January. The rest of those interested will be able to do it from 1 to 3 February.

Blizzard is looking for people to work on new Diablo