Apple isn't the first company that comes to mind when we think of video game industry giants. And yet it turns out that Apple is the company that makes the most money on gaming. At least that's according to a report compiled by the Wall Street Journal.

Despite the fact that Apple does not have its own video games or consoles like Xbox or PlayStation in its portfolio, the the interactive entertainment company's profits for fiscal 2019 were more than Sony, Microsoft and Nintendo combined (the fiscal year in this case ends on Sept. 26). All thanks to the App Store platform, which is used for digital distribution of mobile games and apps. It offers thousands of third-party productions, for which Apple takes a 30% share of profits from each transaction made in the store.

According to WSJ analysts, the company earned $8.5 billion from video games alone in 2019, which is more than the aggregate financial results of the aforementioned competitors. As for 2020, the analytical company Sensor Tower, cited by the journal, calculated that in this fiscal period customers "left" a total of $45 billion in the App Store. Most, or 31% of the transactions came from China; the US was in second place with 26%. According to these calculations, Apple's "piece of the pie" from the App Store amounted to $13.5 billion, which is 5% of the company's 2020 revenue (about $275 billion). Most - as much as 50% - was earned from the sale of iPhones and accessories. 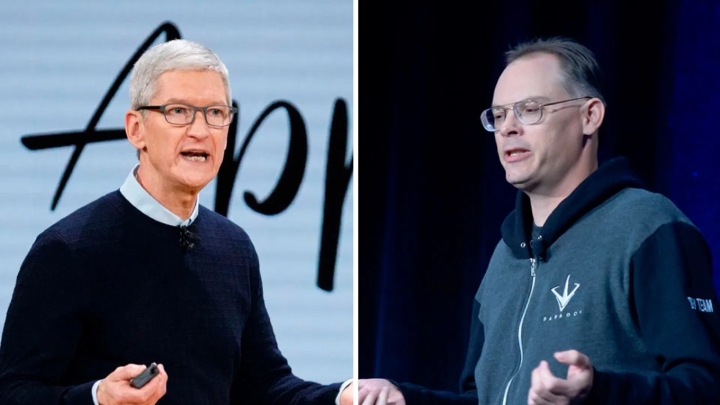 Apple's dominance in the video game industry is overshadowed by the recent court ruling in the case between Apple and Epic Games. Let's recall that the subject of the battle were the aforementioned 30% revenue share charged by the company in App Store and alleged monopolistic and anti-competitive actions, due to which no game which bypassed its internal payment system could be found on the platform. For this reason, Fortnite was pulled from the App Store.

The verdict of the Californian court only slightly agreed to Epic Games' demands, but now payments made outside the App Store are to be allowed. Moreover, the very fact that someone stood up to the giant from Cupertino, may herald that there will be other companies tired of Apple's dominance, and in addition, as we read in the WSJ report:

"Due to Epic's lawsuit and increased scrutiny of Apple's operations, lawmakers from Washington to Brussels are considering ways to potentially weaken the power of a company they fear is hurting rivals."

For now, Apple's position in the market seems strong, and with the rise of mobile gaming, its revenues could grow even more, though even the company's current gaming profits seem incredible. The question remains whether the court ruling in the Epic Games case will leave any long-term impact.