Bohemia Interactive has big plans for future development of Arma III, which they talk about in a new video. In it, apart from reminding us 10 key highlights from 2015, the games creative director discusses incoming updates to this modern combat simulation game. Next month, in February, we are getting the Eden Update, main feature of which will be a brand new 3D scenario editor, which will allow fans to place objects exactly where they want them to be. It will also include convenient launcher server browser, audio improvements, and other tweaks. 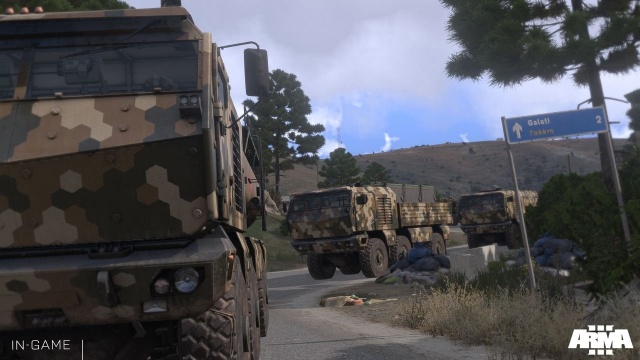 The road ahead is clear for Arma III.

Coming up next (although it is still not clear when exactly) is the Apex DLC. The expansion packs main course is undoubtedly the vast new location  Tanoa archipelago with its area of 100 square kilometers. There, we will play through a co-op campaign, use new weapons, and drive vehicles, including Light Strike Vehicles and VTOL aircrafts. Complementary to this paid content is another free platform update featuring overhauled lighting, a new Sea Shader, and Screen-space Reflections tech.

Last but not least, Bohemia Interactive is planning to expand Arma III Units online service and implement parts of it into the game.