Three months have passed since the premiere of Assassin’s Creed Odyssey, the latest installment of the popular Ubisoft series. However, the authors did not stop working on this project. The most recent fruit of this project was the disclosure of information about two new adventures from the series Lost Stories from Greece.

The first of them, already available, was entitled Daughters of Lalaia. We find ourselves in a village where all men went to war. Our task is to train the remaining women on the ground so that they can defend their homes and children. During the game we will have a lot of difficult choices to decide about the final fate of the settlement. New items have also been added to the game as part of the so-called Dionysos Character Pack. In addition, Assassin's Creed Origins character – Aya, can now join our ship.

Soon there will also be a second adventure in the form of Poet's Legacy. We will get to know the poet as one of the greatest controversial characters in Greece and we help her in performance. Moreover, thanks to the update, players will soon be able to face the cyclop Arges. 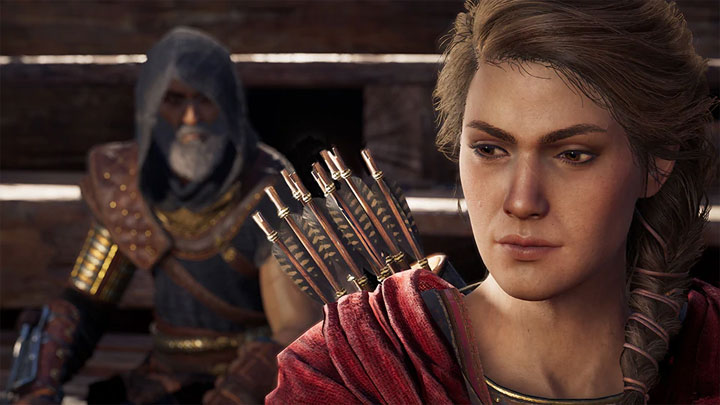 The second episode of Legacy of the First Blade will be released next week.

The designers also revealed what attractions await us later this month. Tomorrow an update is to be released, which will introduce Hephaistos the blacksmith to the game, offering new options for improving equipment. Higher levels mercenaries will appear to hunt for hero or heroine. There will also be an option to configure the level scaling of all enemies.

On January 15, Shadow Heritage, the second episode of the paid DLC Legacy of the First Blade, will be released. Players will have to enter a city cut off from the world through a blockade initiated by the Ancient Order.

Let’s recall that Assassin's Creed Odyssey was released on October 5th, on PC, Xbox One and PlayStation 4. Production is also available on Nintendo Switch in Japan, where it uses streaming technology. The game was warmly welcomed. The PlayStation 4 version has an average rating of 82% according to Metacritic.

Xbox One X bundled with Metro Series, release date of Battlefield 5, second chapter, and other news