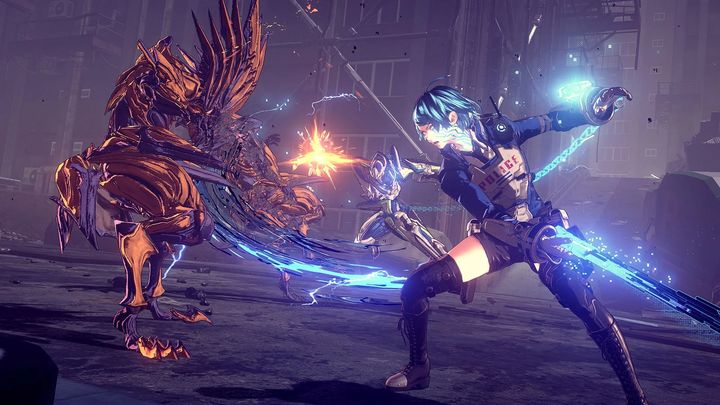 Gamers are angry with Astral Chain?

The launch of Astral Chain, a Switch exclusive action adventure game from PlatinumGame, took place recently. The game received good scores from reviewers, as evidenced by the average Metacritic rating of 87%. Some players, however, gave the work a negative rating on the website - the number of "red" notes for a moment was close to three hundred, but then part of it was removed (there are now a little over two hundred of them). According to the editors of several Western websites, the game has become a target of attack because... is not available on other platforms.

The practice of bombing review is often used by players to vent their anger or disappointment. This was the case with, for example, games from developers who decided to release a long-awaited game exclusively on Epic Games Store.

It is worth noting here that in the case of Astral Chain, some of the negative ratings are accompanied by factual comments and may be a sign of actual criticism. For example, many players point to disappointment with the smoothness of the game at 30 frames per second (previous titles from PlatinumGames - Nier: Automatata, Metal Gear Rising: Revengeance or both installments of the Bayonetta series - worked in 60 FPSs).

If we actually were dealing with a review bombing attempt, it turned out to be a spectacular flop - the average score of Metacritic users is now 9.0, and the advantage of positive scores is so high that it can hardly be explained by the intervention of the editorial staff of the aforementioned review website.