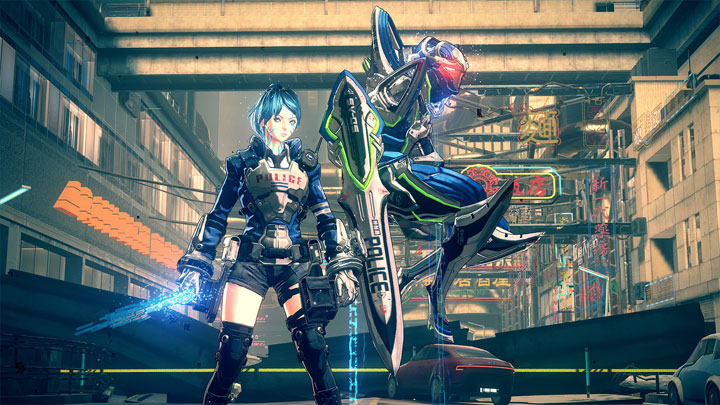 The game will be released at the end of August this year.
ASTRAL CHAIN IN A NUTSHELL:

A lot of new projects were announced during Nintendo Direct. One of the most interesting moments of the stream was the announcement of the project called Astral Chain. This is an action adventure game developed by PlatinumGames, a Japanese studio known from Nier: Automata.

Astral Chain is designed exclusively for the Nintendo Switch console. The works on the game are slowly coming to an end, and its premiere is scheduled for 30 August this year.

At the moment, the authors are quite restrained in sharing specifics about the game. We know that its action will take place in future, in the multicultural metropolis of Ark, which will become a target of invasion of the beast from another dimension.

Players will direct a policeman or policewoman from a special Neuron unit, defending the city from the threat. We will be accompanied by a robot, and the key role in the skirmishes will be played by combination attacks, which require close cooperation between the law enforcement officer and their mechanical partners. Between missions, we will be able to explore the city and talk to characters.

The Astral Chain team is headed by Takahisa Taura, who acted as the main designer for the excellent Nier: Automata. The production is supervised by Hideki Kamiya, the father of the Bayonetta series, and the Japanese comic artist Masakazu Katsura, known for such mangas as I's, DNA2 or Zetman, who is responsible for the character models.