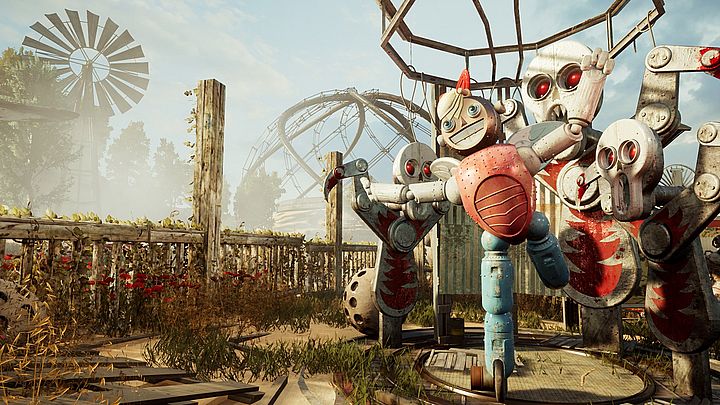 This game is just dripping with atmosphere.

We haven't heard much about Atomic Heart for a long time now - the promising FPP game presenting a retrofuturistic version of the Soviet Union. After the industry media wrote about development problems in January last year, the game went off the radar. Almost a year has passed and a 44-minute video appeared on 4game channel on YouTube, in which Alexei Makarenkov (freshly after visiting Moscow-based team at Mundfish) talks about what the game will really look like.

The material is really long and in Russian. Fortunately, English subtitles are available. What is most important, the footage is almost 45 minutes of details and facts about the game. Before we talk about them, a short message for those who were hoping to see a wealth of new materials. Unfortunately, no. Mundfish employees would not allow Makrenkov to record any gameplay, as the journalist could only play the unoptimized and early version of the title. Therefore, the video contains only previously published promotional materials (with really short moments when the camera watches the monitor from behind the player's back). Okay, let's get to the point.

After just a few minutes of material, the host clearly states that Atomic Heart will not be a shooter with RPG elements. He called the title an "immersive sim" with shooting, hand-to-hand combat, upgrading weapons and skills". Well, this sounds like... FPS with RPG elements. But we know that everything depends on the emphasis. The whole thing resembles BioShock or Prey - which is a good thing. During the battles, we have to look at the two most important "bars" - health and stamina. While the former is replenieshed only with the help of first aid kits (or derivatives), the latter is dynamic and depends on the movements of the character.

Hand to hand combat and guns

And since we're at close combat. The hero has three types of moves: light attack, strong attack and kick. Interestingly, Makarenkov stresses that the battles do not boil down to mindless swinging with a jury-rigged weapon. Instead, we have to read every opponent and almost rhythmically perform attacks and dodges, just like in Zeno Clash. The devs added also some QTEs. Some enemies may grb the hero (which is allegedly an undodgeable move), and a sequence of consecutive buttons will appear on the screen. Hitting them properly will make our character free. 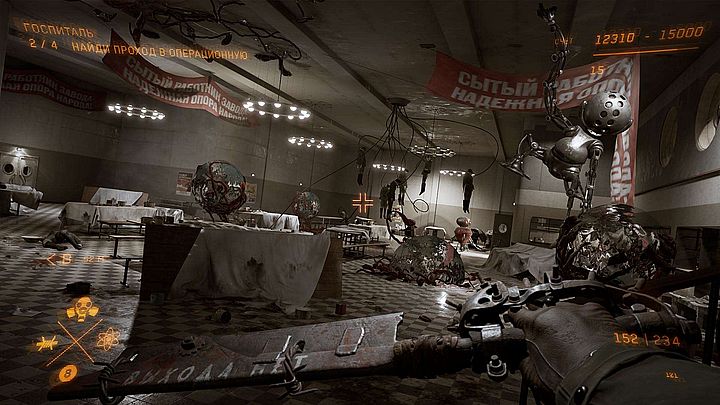 So much for the subject of environmental narrative.

Although hand-to-hand combat is supposed to dominate the game, there will also be a pistol and rifle (and not just any rifle, the good old AK-47). Unfortunately, the ammunition is supposed to be very difficult to get by and run out quickly. It may be remind of Dying Light, or at least its beginning. You can also improve the guns themselves and add some funny things to them. The function of the workshop will be performed by "Seagull" - a device slightly resembling a USSR-era fridge. It will serve both as a cache to store and a place to craft and improve it.

Since every "better" piece of equipment will be worth its weight in gold, it is quite obvious that the title offers a lot of possibilities in the topic of exploration. Various items can be found in cabinets, drawers or just scattered around the game world. But you have to be careful, because there are traps waiting for careless daredevils. Interestingly, enemies are usually present around specific zones. But that's not all, because there are cameras operating throughout the center, which can record the hero's movement and "notify the appropriate security services". Read: they'll send a Blade Runner death squad after you. 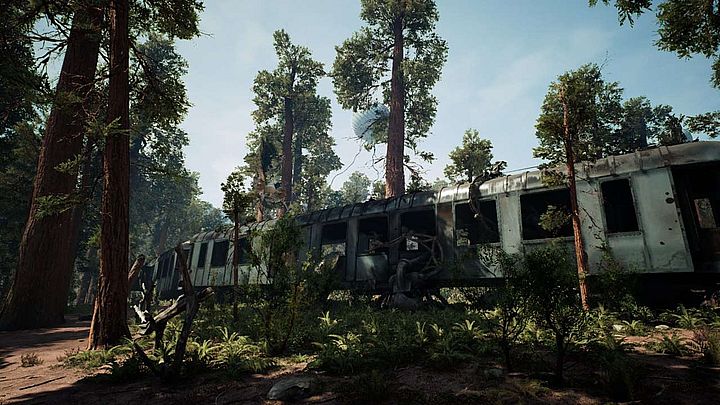 The Last of Us made in Russia.

However, this does not mean that the player will be completely "exposed" like in some kind of Big Brother. The hero can destroy the cameras, deactivate them, but at a certain stage of the game he will also receive a scanner to check the room before entering it. Here, however, the difference between this game and Batman from Rocksteady is significant. The scanner will only allow you to estimate the possible number of enemies or devices in the room, and not serve us everything on a plate.

We will also be able to hack the enemies, who will fight on our side for a short time. Makarenkov also notes that the title is not fully scripted, since after several "deaths" in the same locations the action took a different course. The game world will not be completely open either. There will be cut-scenes and side quests. The creators also want the world to be as credible as possible and just asking for further exploration.

And here we come to a certain (in fact trivial) idea which is supposed to help in that, and which I consider to be brilliant. Namely, in various locations there will be scattered radios informing about events taking place in other parts of the retrofuturistic USSR. Note that most post-apocalyptic games focus on the "here and now", informing the player mainly about what is happening around them. But its the "leaks from outside" seem to be the most interesting. Examples include the brief information from beyond the Zone in Stalker, reports about other US regions in Fallout, and communications about other Transtar facilities in Prey.

Nothing left to do but wait, but how long?

The basic and still unresolved issue is the release date. The title has long been available in pre-order, but the creators still haven't been tempted to give a specific date for the game's debut on the market. If they could achieve all their goals, and of course do it well, no one would probably be offended by the game launching this year. But enough dreams. We'll probably wait until 2021 at least. Either way, contrary to the concerns, the work continues. If you would like to learn more about the game or order it, please visit the devs' website.