There are only six weeks left until the release of Battlefield 2042. The game will offer a number of improvements such as cross-play and cross-save features. Its publisher, Electronic Arts, decided to make it even easier for those planning to switch to a newer console. Although the previous plan was for the the Gold and Ultimate editions of the PS5 and Xbox Series X/S version to offer cross-gen and be playable on last-gen hardware, the company decided to include it in the standard edition as well. What is important, the offer applies only to digital copies of the title. 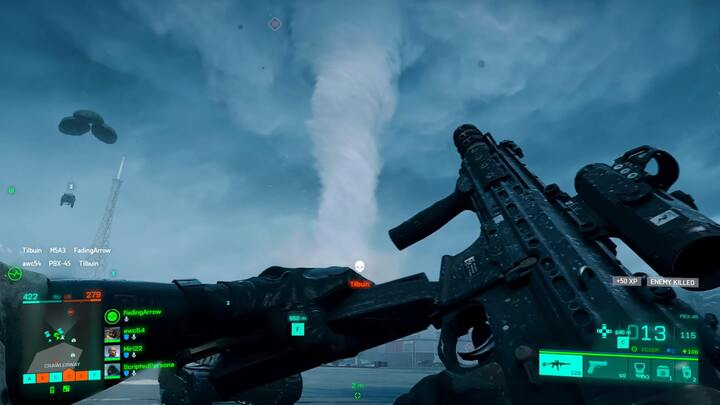 It looks like, unlike its predecessor, Battlefield 2042's release won't turn out to be a disaster.

This means that players who intend to purchase a PS5 or Xbox Series X/S, should feel comfortable buying any edition of Battlefield 2042 for their future consoles, as this will give them access to the game on both generations of their chosen hardware family - including the previous one. Unfortunately, it doesn't work the other way around, meaning that purchasers of the Standard Edition version for PS4 or Xbox One will not receive a free upgrade.

It is worth reminding that the open beta of Battlefield 2042 starts on October 8, while EA Play subscribers (also included in the Xbox Game Pass) and users who brought pre-orders can start playing tomorrow. The game will release on November 19 on PC, Xbox Series X/S, PS5, as well as PS4 and Xbox One.