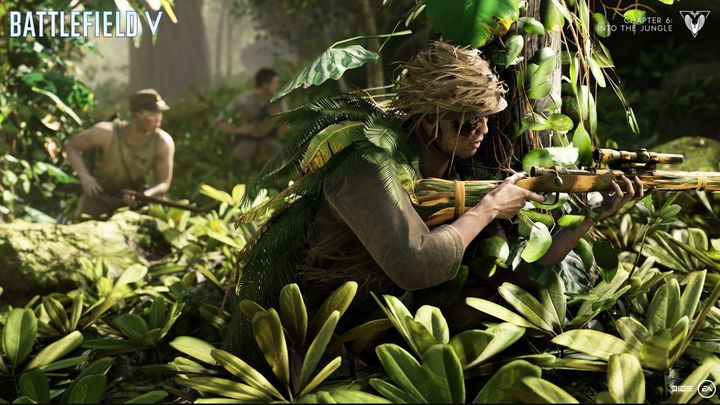 Battlefield V under fire (of criticism).

Yestreday, the developers of Battlefield V, EA DICE, published a trailer showing the most important changes and novelties that will come into the game with the next update, the so-called Chapter 6 titled Into the Jungle. Unfortunately, it seems that the trailer did not receive a very warm welcome from the players, as mentioned on Twitter by a user named Westie. Interestingly, the reason users complain is not new content, but other, lingering problems of this game.

The authors of the vast majority of the comments posted under the aforementioned trailer demand from the developers to reverse the changes introduced in December last year - the so-called Time-To-Kill (TTK) modification, i.e. the time required to kill a character under fire. The developers have decided to significantly extend this number, which results in a slowdown in gameplay and, according to many people, is not at all compatible with the overall game design.

The second thing that often appears in comments is the lack of sensible solutions to prevent cheating. The community has been complaining for a long time about cheaters that spoil the fun of honest players. Unfortunately, despite the publication of a note describing the actions taken by the company, 11 months ago, the problem has not been solved to this day. Interestingly, the situation was very similar with the previous game from the series - Battlefield 1.

As a reminder, Battlefield V was released on November 20, 2018 on PC (Origin), PlayStation 4 and Xbox One.