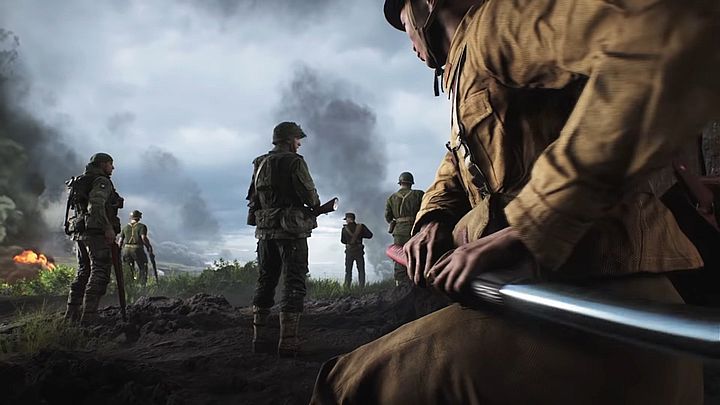 A new area of activity in Battlefield V comes out today.

Two days ago, Battlefield V received a new 5.0 update. Patch, in addition to eliminating a number of bugs, introduced elements of a new chapter - |War on the Pacific. Today from 3 AM (PST) we will be able to start testing new content. What new will we see?

The main theme of the latest expansion are the island battles between the USA and Japan. As a result, two new factions - the United States Army and the Japanese Imperial Army - enter the game. Furthermore, we will of course get iconic weapons of this period and theater (amongst others M1 Garand, M1919A6, etc.), including katanas. Among the added vehicles we have the American M4 Sherman tank and the Japanese Type 97. The creators were also tempted to place amphibious tanks such as LVT or Ka-Mi in the game. The F4U Corsair and Zero planes, both available in fighter and bomber variants, are also available for those who love fighting in the skies. If you are interested in how it all looks in action, then you should definitely see the following gameplay footage.

As you can see, the gameplay is dominated by vast maps. This approach should appeal to long-time fans of the series, who loved Battlefield for its vast combat areas. Fighting takes place on beaches, fighters circle in the air, and around the trenches and buildings where you can hide - in a word: good old BF. If you want to get a full list of the novelties introduced by War on the Pacific, please visit this address.

Battlefield V was released on PC, Xbox One and PlayStation 4 on November 20, 2018 and will be available for free testing on all target platforms from November 1 to November 4.