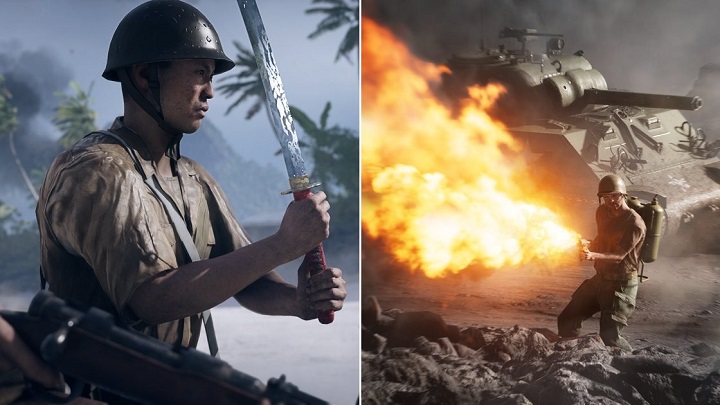 The new chapter will introduce the oceanic and island clashes between the USA and Japan.

According to yesterday's news, the fifth chapter of Battlefield V, called War on the Pacific and slated for release on October 31, has appeared on the web. The devs also provided detailed information on the new content, including factions, maps, weapons and prizes. You can see the three-minute trailer of Chapter V below.

The theme of the latest Battlefield V expansion are the island battles between the US and Japan. The new chapter will enable us to choose two new factions - the United States or the Empire of Japan. Three new maps will also be added to the game. During the battle for Iwo Jima, which we knew about before, the players will fight on the vast beaches and in narrow tunnels of Mount Suribachi. In order to win, one of the teams will have to take out every last enemy or hold off the assault. On the Pacific Storm map, the main goal will be to capture checkpoints, and on Wake Island (which will have its launch in December) we will fight for control of land, sea, and skies thanks to many vehicles available on the map. 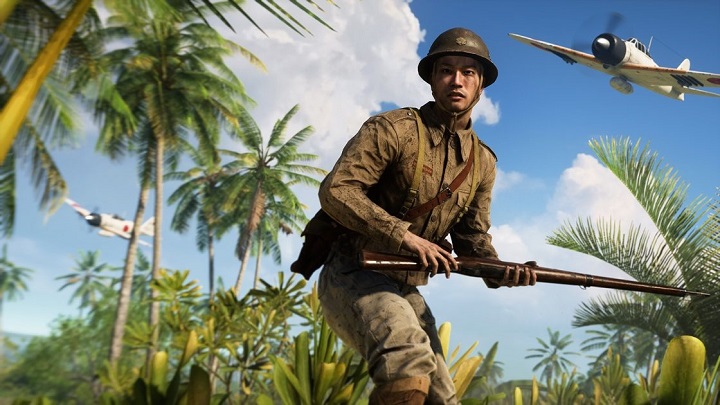 There will be a lot of new weapons in the game.

In Chapter 5, the players will have access to new World War II weapons - from firearms to katanas. New main weapons will be added to the game - the eight-round M1 Garand, the Type 99 Arisaka scout rifle, the Japanese Type 100 SMG for the Medic class, and the powerful M1919A6 machine gun for the Support class. The Assault class will receive an additional gadget in the form of an anti-tank lance. M3 Grease Gun, Nambu Type 2A, Type 97 Machine Gun and M1918 A2 will also be available. The katana and the flamethrower, which will be used only on the battlefields, will be available to all players from both factions.

In addition, many new vehicles will be available. American M4 Sherman tank and Japanese Type 97 are steel beasts equipped with machine guns and large-caliber cannons that will help in defending from enemy attacks. To move more efficiently in the water, there will be LVT and Ka-Mi amfibious tanks or a vulnerable lifeboat. The MB Jeep and Type 95 off-road vehicle will improve transport on hard terrain. 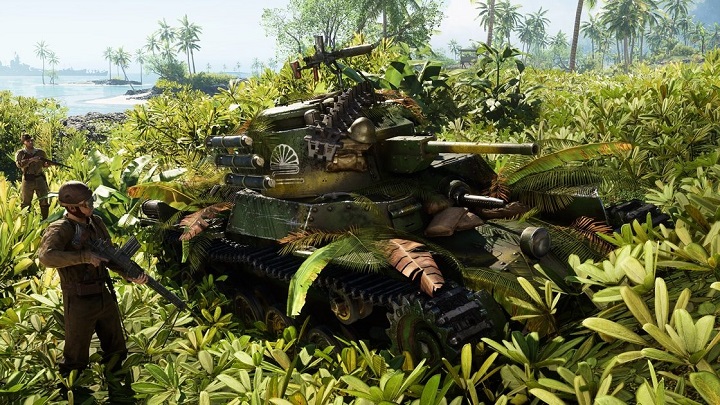 Several new vehicles will soon be available in Battlefield V.

The American F4U Corsair and the Japanese Zero Fighter was prepared for aces of the sky. Both available in fighter and bomber variants. The specialization trees will be expanded to give the players even more ways to modify their vehicles. Each faction will also receive a new type of reinforcements. Americans will receive a Sherman Calliope tank equipped with a rocket launcher, a JB-2 rocket, supply drops, smoke curtains, and artillery fire. The Japanese army will have the same at its disposal, except that the JB-2 will be replaced the Kl-147 I-Go.

Later in Chapter 5, the game will feature elite skins with their own appearance, history, and voices - Jack Culver and Keisuke Nakamura. Special prizes will be awarded for earning chapter ranks and weekly challenges. It's also worth mentioning the free Battlefield V weekends, where you can test different multiplayer modes and story campaign. The developers have decided on another free period from November 1 to 4, which will cover the full version of the game including chapter 5.