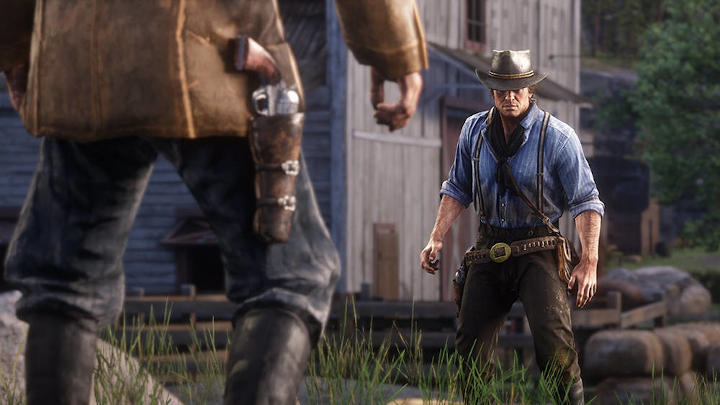 PC players next week will find out what the noise was about.
RED DEAD REDEMPTION II IN A NUTSHELL:

We are only a few days away from the debut of the PC version of Red Dead Redemption II. Waiting for the launch should be made more pleasant by a set of new screenshots released by Nvidia.

The images look great and enable us to see how the PC version will look like in 4K resolution. The "RTX" logo present on each screen will surely attract attention. This may suggest that RDR2 will use ray-tracing. However, Nvidia may as well have placed this stamp to promote GeForce RTX series cards, and the game itself will not support this technology.

The PC version of Red Dead Redemption II will be released on November 5, this year. On that day, however, the game will be available only in Rockstar Games launcher and Epic Games Store. Those who prefer Steam will have to wait until December.

Yesterday, pre-loads of Red Dead Redemption 2 PC began, but it they are available only for people who have placed a pre-order through the Rockstar Games Launcher platform. There's 109.47 GB of data waiting to be downloaded. With the hardware requirements available a few weeks ago, we know that the game will require as much as 150 GB of hard disk space.

The PC version of RDR2 will offer several important improvements compared to the console releases. We can expect increased draw distance, higher quality global lighting and upgraded textures of trees, plants and animals. In addition, it will be possible to play at 60 frames per second.