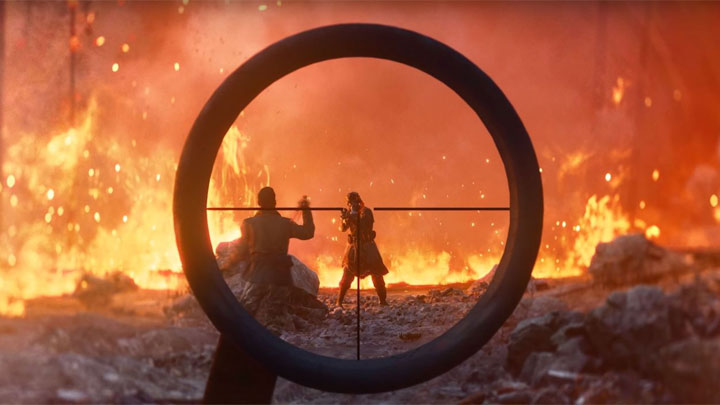 Firestorm mode in BF5 didn't fully meet the hopes placed in it, but according to rumors, DICE may be planning a battle royale mode in the next installment.

We know that DICE is working on a new installment of Battlefield, but we still don't know when the game will be officially announced. That's why we welcome all rumors about BF6 with interest. The source of the latest reports is Tom Henderson, the CEO of Viral Junkie. We believe his words, because earlier he informed many times about things that turned out to be true, including the title and content of last year's Call of Duty: Modern Warfare.

According to Henderson, the maps in Battlefield 6 are designed to accommodate 128 players and more. Interestingly, however, the standard gameplay mode is to be 32v32, and it is not a foregone conclusion that the 64v64 option will appear at all. So it seems that the developers themselves have not yet made a decision on this matter, but they have prepared themselves for the future, in case they decide to add new battle modes.

In addition, the devs are said to consider introducing a battle royale mode. This gameplay variant was added (as Firestorm) after its release to Battlefield V, but it seemed to be a one-time experiment. The great success of Call of Duty: Warzone, however, renewed DICE's interest in this genre.

It is possible that battle royale is the reason why maps are designed on such a large scale. However, for the time being it is not certain whether this mode will appear in BF6 at all. There may be a separate free-to-play spin-off in the plans, which would be integrated into Battlefield 6 in the same way as the CoD: Warzone is connected to Call of Duty: Modern Warfare.

According to earlier rumors, Battlefield 6 will be set in modern times and is coming to both current and next-gen consoles. Priority is given to the PC, Xbox Series X and PlayStation 5 versions, while the release on XONE and PS4 will be somewhat reduced for technical reasons, with a separate, smaller team working on them.

How Much Coin for The Witcher? Here's the Budget of Netflix's Show