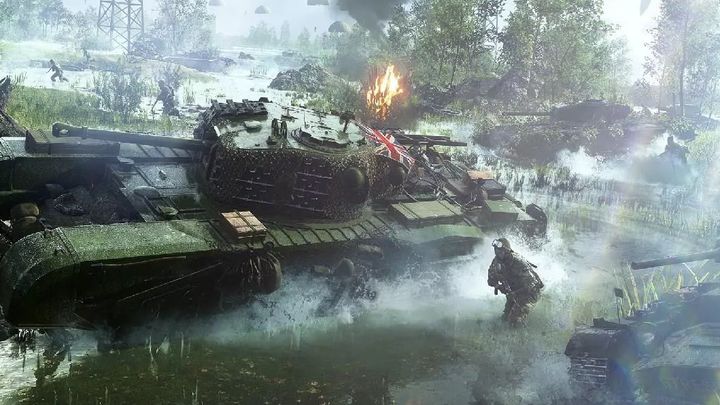 EA's in no hurry with another Battlefield.

It looks like we'll have to wait a little bit longer for the new installment of the Battefield series. Thanks to the conference accompanying the publication of the latest financial report of Electronic Arts, we know that the game will not appear in the fiscal year 2021 (i.e. between April 2020 and March 2021). Given EA's approach to date, the game seems most likely to be released in autumn 2021.

"We expect growth to accelerate in fiscal 2022 as we leverage the growing base of the nextgeneration consoles with the launch of a new Battlefield. We create long-term value by growing strong live services, launching new content, and expanding our reach. This broad-based model reduces our dependence on individual titles, decreases risk, and enables us to deliver financial results for our shareholders through a constant stream of high-quality entertainment for our players," said EA's CFO, Blake Jorgensen.

It is worth noting that the title will launch on ninth-generation consoles (which is not a big surprise, taking into account the release date). This was confirmed by Andrew Wilson, president of EA, who is convinced that thanks to the computatng power of the new platforms, EA DICE will create something unique.

"New consoles are coming, and well be ready to lead with some of our top titles. The next Battlefield has emotions running high and I'm very excited about it," said Wilson.

Blake Jorgensen spoke in a similar tone - he believes that the new consoles present a completely different level from the current ones.

"You can assume that the power of these consoles is much greater than the existing ones. We can do a lot more. In the next few years you will start to see things you wouldn't imagine," said EA's CFO.

As a reminder, the latest installment of the Battlefield series so far is Battlefield V, which was released in November 2018 on PC, PlayStation 4 and Xbox One.