It's been almost 17 years since the release of The Lord of the Rings: Battle for Middle-earth, but there's still a large group of players who don't want to say goodbye to this RTS. The title is currently kept alive by fans, mainly through mods. One of the most important, namely Middle-Earth Extended Edition has just lived to see a new version. It was marked with the number 0.995 and is the first update of the project in over a year. You can download it from our FTP server (the author allowed us to host a mirror). 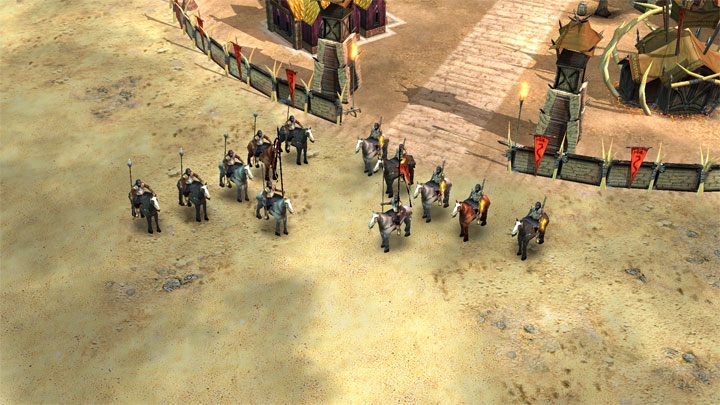 With mods BFME is still an excellent RTS.

The aim of Middle-Earth Extended Edition is mainly to expand the content of The Lord of the Rings: The Battle for Middle-Earth. The creators added a lot of original elements, but also restored those that were in the game files, but for some reason were not used.

After installing the mod you will get additional units, buildings and technologies. There are also more developed combat mechanics waiting for you and a much better gameplay balance, based on several years of experience of the fan community.

Theoretically the project should work with version 1.03 of the game (it's the last official patch), but the creators recommend installing fan-made patch 1.06, which improves this RTS and restores network multiplayer, and applies all official updates.

Middle-Earth Extended Edition has an installer which will put the files in the right places on its own. You can run mod from Windows start menu or using shortcut on your desktop.

Here's a List of Most Commonly Sold Items in Diablo 2: Resurrected