After a recent settlement and mobbing-related layoffs, it seemed like Blizzard had a chance at some relative peace after long months of controversy. However, the latest Activision Blizzard report makes you doubt it. Not because of the financial results, because those turned out to be very well. In the past fiscal quarter, the company recorded a net income of $2.07 billion, which is slightly higher than predicted by experts. As we read, this is thanks to the successful launch of Diablo II: Resurrected and the unflagging popularity of Hearthstone.

Unfortunately, this success is overshadowed by another information from the report. Jen Oneal resigned from her position as head of Blizzard, which she held together with Mike Ybarra since August. The two replaced J. Allen Brack, who parted ways with the company at the time, allegedly unrelated to the Blizzard employee lawsuit.

Morale at Blizzard: from cautious enthusiasm to anxiety

Oneal's departure was said to come as an unpleasant surprise to Blizzard employees. PC Gamer's sources report that those employed by the company spoke positively about the changes after the recent controversy. Yes, some developers saw the introduction of new rules just before Tuesday's fiscal summary meeting as playing to investors, but the rules themselves (regarding pay transparency and recommendations to promote diversity in hiring) were warmly welcomed, which was expected to help improve moods at the company. 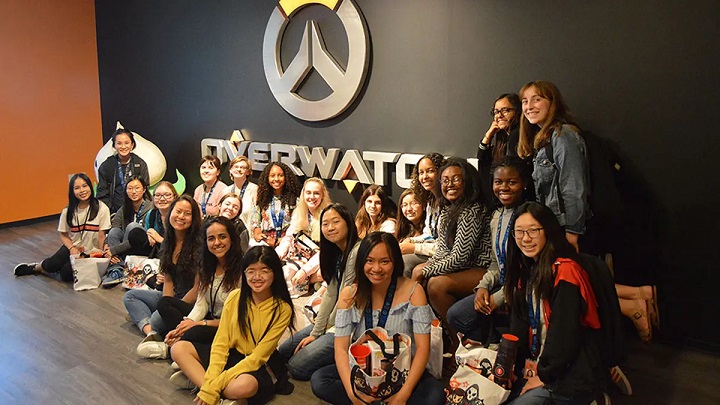 The changes at Blizzard met with cautious enthusiasm. Until...

However, that enthusiasm faded quickly after news broke that Oneal was stepping down as Blizzard's chief co-executive. As one developer stated in an interview with PC Gamer, it was her leadership that many believed would bring positive change to the company. So it's easy to imagine the reaction of employees when the boss they apparently respected suddenly left the team. And this just three months after she'd taken up her post.

Why are women leaving Blizzard Entertainment?

Oneal explained that her departure is by no means due to a lack of faith in the possibility of reforming Blizzard. On the company's official website, she justified her decision with the desire to transform not only the company, but the entire industry. Of course, it's about problems with discrimination and harassment, which - as we know from other reports - may also apply to other studios.

However, it's hard to take her words at face value, especially in the context of statements made by another former Blizzard employee who parted ways with the team this week. Amy Dunham (former technical director of the studio) stated on Twitter that before hiring any more women, Blizzard should consider why three of them, all in senior positions, left the company's ranks this year alone. In addition to herself and Oneal, she also included Julia Humphreys, director of production for the Overwatch series. She was said to have resigned in May, which is the same time as executive producer Chacko Sonny. 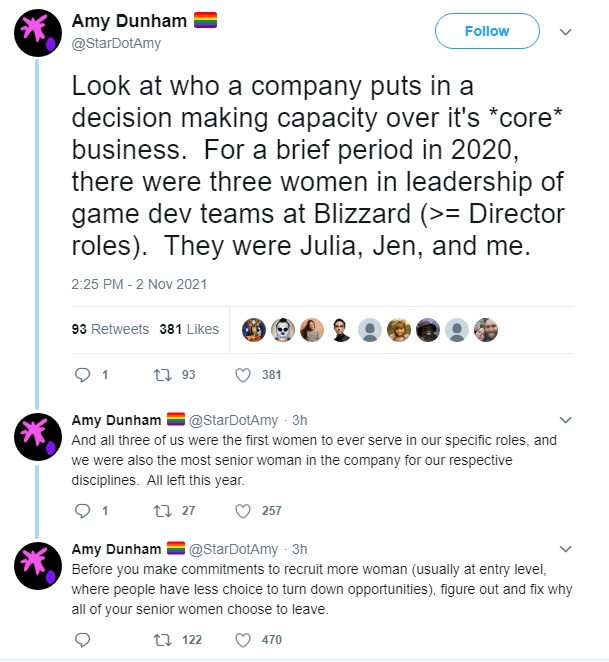 As you can easily guess, the reaction of internet users to the departure of Dunham and Oneal was far from enthusiastic. The fact that women in important positions have left the studio, at least one of which was actually supposed to promote a healthier work culture in the company, makes you wonder how this reform is actually going. Some have even suggested (via Reddit) that these resignations confirm that it is Blizzard's own leadership that is resisting significant change.

Whether or not these speculations are (un)valid, the impact of Oneal's resignation on morale at the studio could take a toll on the company's growth. Blizzard only recently delayed the releases of Diablo IV and Overwatch 2, with layoffs (or departures) of multiple producers being partly responsible. It's possible that the effects of the summer controversy will be felt by the company for a long time to come.

Jumbo Jets Packed With PS5 Consoles Have Arrived in Europe