Blizzard announced that the launches of Diablo 4 and Overwatch 2 will be delayed. It's quite a surprising news, taking into account that both games didn't even receive approximate release dates. The creators explain the situation by the turmoil in Blizzard and change of company management. 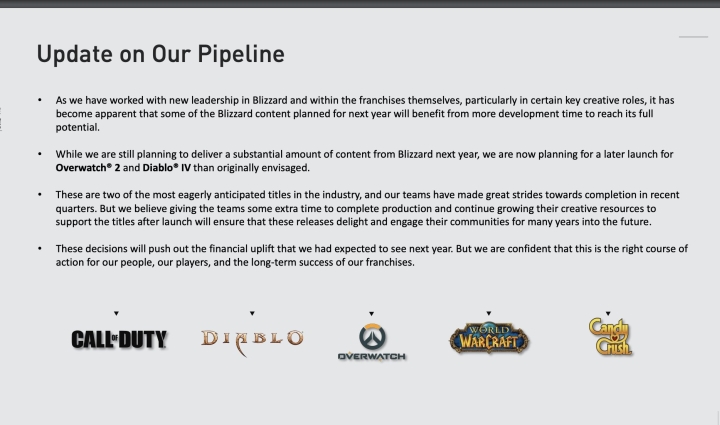 Until recently, it was speculated that Diablo IV might come out in 2023, and Overwatch 2 in the second quarter of 2022. Now, however, it's hard to predict anything. Fans of the iconic hack 'n' slash series have to settle for the recently released remaster of the classic Diablo II. In the spring of 2022, in turn, fans of the network shooter from Blizzard will receive a preview of 5v5 games in the new season of Overwatch League.

Jumbo Jets Packed With PS5 Consoles Have Arrived in Europe