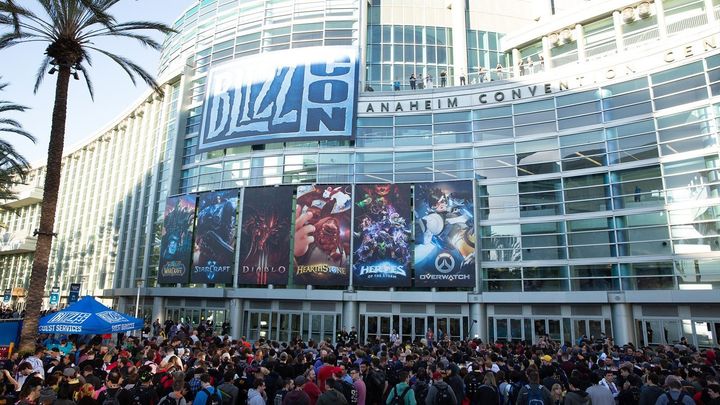 BlizzCon will be accompanied by protests.

It looks like BlizzCon 2019 will be held in the shadow of bans. During the event, there will be a protest related to the events in Hong Kong and the scandal surrounding the ban imposed on Hearthstone player. Dayton Young, the organiser of the demonstration, informed that Blizzard's recent response was not sufficient to change the decision.

"That Blizzard has shown a willingness to re-evaluate their decision is a small step in the right direction, but make no mistake; Blizzard continues to punish these individuals despite widespread outrage from gamers around the world," Young said.

We would like to remind that at the beginning of October a Hong Kong-born professional Hearthstoneplayer, Chung "blitzchung" Ng Wai, called for the liberation of his homeland (presumably from Chinese oppression) during the stream from his winning at Asian Grandmasters tournament. Blizzard Entertainment decided to punish this behavior with a one-year ban and taking away the players prize money, although later the verdict was slightly softened (for which blitzchung thanked). In the following weeks several other players were punished in a similar way.

Dayton Young understands that the company has the right, and even the duty, to moderate the content of official streams, but in his opinion it is unacceptable to silence players who defend their freedom.

"We understand that game publishers and developers have a responsibility to moderate the content that appears on their platforms to ensure that gamers are safe from harassment, threats of violence, and other dangerous behavior. But silencing gamers who speak up about issues that affect their freedom makes us all less safe from oppression and institutional abuse," Young argues.

The protest will take place in front of California's Anaheim Convention Center on the opening day of BlizzCon on Friday, November 1 at 11 AM PDT.

NBA Live 20 Cancelled as Fifth Such Case in Last Decade