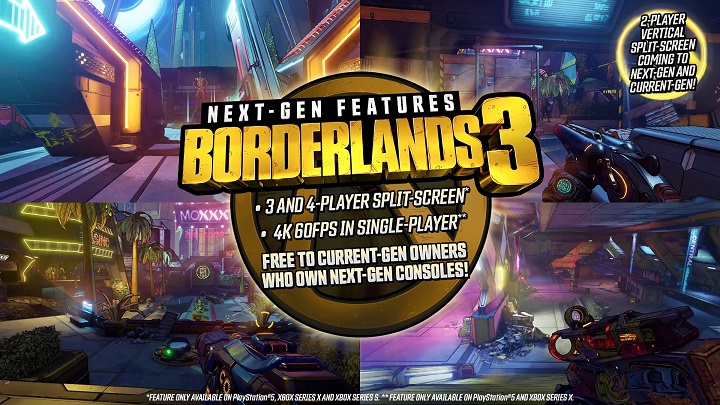 Borderlands 3 is coming to next-gen consoles, the info being confirmed by the developers themselves on their Twitter profile. What's more, owners of Xbox One and PS4 will receive a free upgrade for new consoles.

The game will be upgraded accordingly to take full advantage of the upcoming consoles. The game will run in 60 frames per second at 4K resolution in single player mode. In addition, we will be able to transfer our game game dataand purchased DLC to the next-generation version.

In addition to improvements to the visual layer, the game's cooperative modes will also be changed. Up to four players will be able to play in split screen mode simultaneously. Moreover, according to the requests of the players, it will be possible to split the screen vertically in a two-person game, which, especially on large TVs, allows for really good fun (much better than in the horizontal mode, where everything is unnaturally stretched on a panoramic screen).

In addition, Borderlands 3 is expected gain support for cross-play around 2021, as well as a whole range of new add-ons such as new game modes and skill trees.

The release date of the game for next-generation consoles is not yet known.