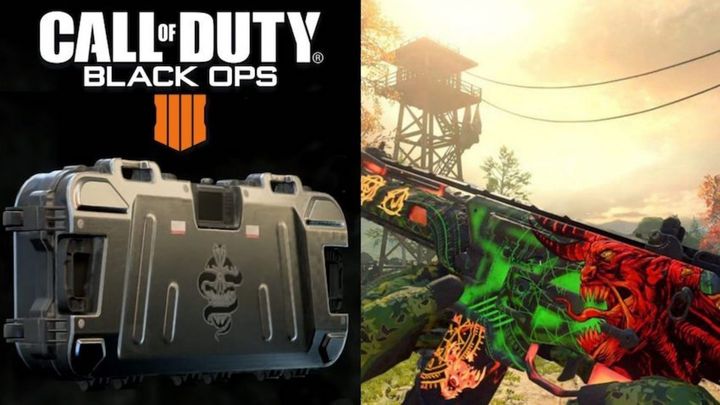 Four months after the release, Call of Duty: Black Ops 4 received an update, which adds to the game hated random loot boxes, hated by many players. Unfortunately, the system implemented in this title seems to be extremely unpleasant and greedy.

Reserve Crates cost 200 COD points (i.e. $1,99), although they can be gained by playing (we get one loot box for every two hours we spend in multiplayer or a Blackout game). There are three items in each package. Most often these are various kinds of clothes and skins, but sometimes you also get weapons. What is important, the guns that can be obtained in this way are tagged as MKII versions - they increase the experience gained for killing enemies by 25%, i.e. they offer an advantage over other players. 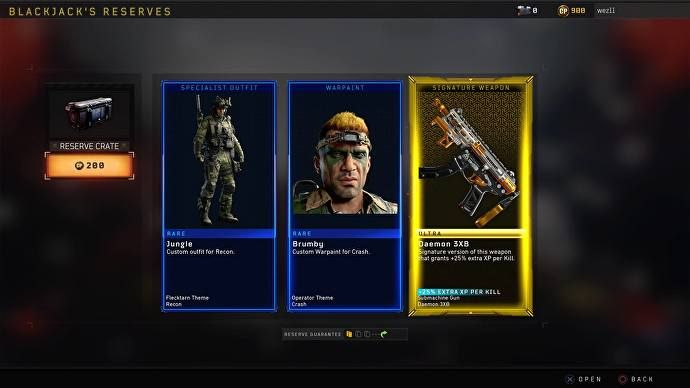 One of the weapons to be found in loot boxes is the Daemon 3XB machine gun from the December DLC Operation Absolute Zero.

However, this is not the end of the bad news, because the loot boxes in Call of Duty: Black Ops 4 can give duplicates of the same item. The players are also not informed in any way about the percentages of the chances for getting specifi items. It is worth recalling that the system in question has just been put into a full-price AAA title. In order to fully enjoy the game, you still need to buy a Season Pass, in official distribution priced at roughly $50 and being the only way to get new maps (they are not sold separately). And if by any chance you still have a few bucks left, you can always spend them in the in-game shop (just like the loot boxes added after the launch, when the post-review dust eventually settled), where you can buy such essential items as.... red dot sights.

We would like to remind you that Call of Duty: Black Ops 4 launched on October 12, 2018 on PC, PlayStation 4 and Xbox One. Despite the controversies that accompanied the development of this title (related primarily to the decision to abandon the story campaign), the game turned out to be a high-quality production. It is even more regrettable that the hard work of developers is now being consistently ruined by the increasingly greedy and anti-consumer practices of the publisher.