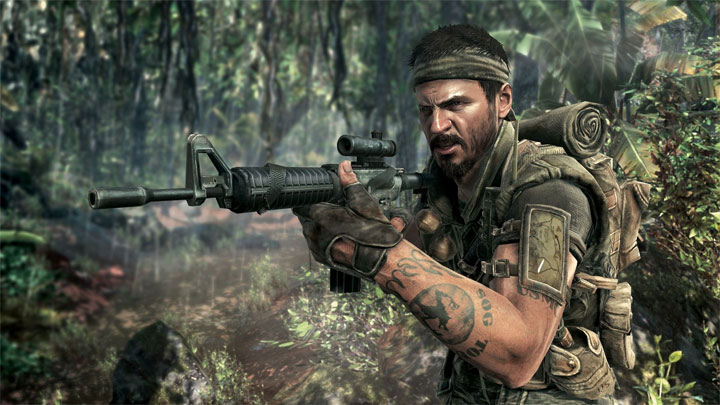 Currently it's mainly the online Call of Duty: Warzone that absorbs the attention of the franchise's fans, but one mustn't forget that a new traditional installment of the series will be released in autumn. There are reports on the web that it could be called Call of Duty: Vietnam. The interesting thing about it is that so far the leaks suggested that it will be a reboot of the Black Ops sub-series.

This information comes from TheGamingRevolution channel, which specializes in reports about this franchise. It has a good reputation for such leaks, but of course all this speculation should be approached with a grain of salt. The channel's creators cite sources in Activision, which prefer to remain anonymous in order not to expose themselves to the anger of their employer. According to the sources, the project will be set during the Cold War and in practice it is still, at least to some extent, a reboot of the Black Ops sub-series. Nevertheless, it was decided not to use the name of this cycle in the title of this year's installment.

It's worth recalling that according to previous leaks, initially Raven and Sledgehammer teams worked on CoD 2020, but the development went so badly that the project was handed over to Treyarch.

The Black Ops series is now a heavily exploited brand and it wouldn't be strange if the company decided to let it rest. However, elements from this sub-series are to appear in the latest installment. It is not known whether it will be a full reboot, such as last year's Call of Duty: Modern Warfare, or whether there will be some continuity with the earlier parts.

Interestingly, James Burns, who played James Woods in previous installments of Black Ops, informed that no one has contacted him yet regarding the role in this year's installment. It's possible that this will happen later (especially if his character won't play a big role this time), but it may also mean that there will be no known characters in the game, or that Activision plans to hire other actors.

According to TheGamingRevolution, the multiplayer is supposed to be relatively simple this time, focusing on options and modes that were most liked by players in the past. This makes even more sense as Call of Duty: Warzone is to be developed in parallel for many years.

Moreover, it seems probable that the launch will be delayed, especially since Treyarch hasn't been given the traditional three years to develop this year's installment, and the current situation with the coronavirus doesn't make the development any easier. It is possible that the next installment will be released in December or (which is less likely) early next year.

Layers of Fear Will Get a Movie Adaptation