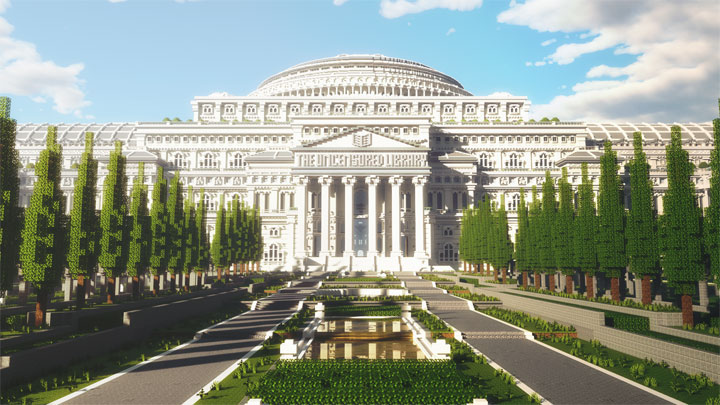 The creators hope to add more works to the virtual library in the future.
IN A NUTSHELL:

The Uncensored Library, a virtual library of works censored by authoritarian regimes, created in Minecraft, has been launched. The project is the fruit of a collaboration between Reporters Without Borders and the dev team at BlockWorks.

To visit the virtual library, simply log in to the visit.uncensoredlibrary.com server in the PC version of the game. Alternatively, you can download all the files from the official Uncensored Library website to set up your own server or play with the project offline.

The Uncensored Library is an island whose central part is occupied by a powerful library. The map impresses with its details, but its main attraction is the rich selection of articles and books that have been censored by governments in countries such as Egypt, Mexico, Vietnam, Russia and Saudi Arabia. Many of them were written by authors punished for their work with prison, exile or death.

The creators of Uncensored Library hope to reach younger audiences in particular, that's why they chose Minecraft as the medium of the project, which is very popular among children and teenagers. The authors intend to regularly add more texts to the library.

An additional advantage of the project is the fact that authoritarian governments monitor video games less well than other media. Of course, this can change at any time and that is why the developers have made the files available for download in case the server is blocked in some countries.

Euro 2020 DLC Coming to PES, Even if UEFA Reschedules the Event