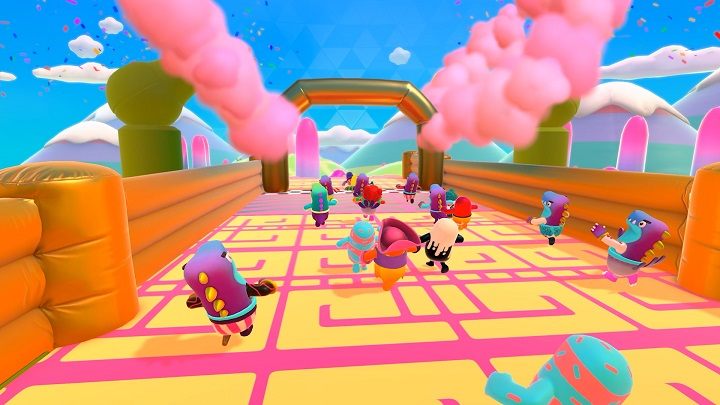 Are you playing Fall Guys?

A little over a week ago Fall Guys: Ultimate Knockout, an unusual battle royale, in which players take on the role of clumsy gel characters and fight on various maps to stay in a funny quiz show, has debuted. It didn't take long for the popularity of the game to lure a lot of cheaters, whose only goal apparently is to spoil the fun of others. But don't worry. If, like me, you can't stand cheaters in online games, the situation you're about to see will probably make your day.

Cheating in Fall Guys most often boils down to increasing our character's speed or jump height. During one of his games, Streamer Cizzorz encountered a cheater, who in the final round, using some kind of speed hack, rushed straight to the end of the board. It turned out, however, that the cheats didn't give him the win at all, and the player clearly had a hard time catching the crown that would give him a win. Although he was at the finish line much earlier than the others, he still had to accept defeat. See for yourself.

Fall Guys can now boast huge popularity, which the servers couldn't handle on the day of release. Recently, we learned that the game sold 2 million copies on Steam and was watched on Twitch for 23 million hours. The title is also available for free as part of PS Plus' August offer. This seemingly uncomplicated game quickly won the hearts of fans, and its successful launch can even be compared to the Rocket League - this unique game idea has attracted many people. The developers now face a difficult task, as maintaining such popularity will require them to introduce many interesting updates.

LoL's Newest Champion Can be Permanently Unstoppable Due to Exploit