There are many indications that Call of Duty: Warzone 2 and Call of Duty: Modern Warfare 2 (a new game, not the shooter from 2009.), the next installments of Activision Blizzard's popular FPS brand, will be announced today.

The information was provided by many leakers who specialize in this subject. Tom Henderson who has a very good reputation in this matter, announced that the press embargo on CoD: Warzone 2 ends today. Activision was supposed to confirm the existence of the project in an interview with online content creators, but has obliged them to keep quiet about it until the official announcement. 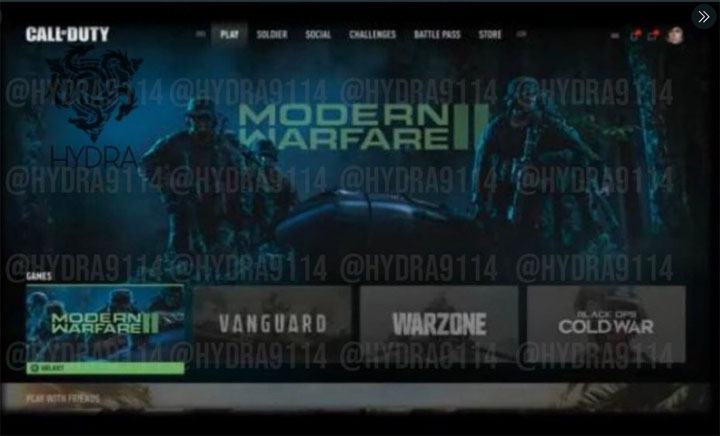 ZestyLeaks, in turn, published a screenshot with the alleged logo of Modern Warfare II and accompanying artwork in an interface spanning the entire series. Activision Blizzard has forced Twitter to delete a number of posts on this account in recent weeks, so something is definitely up.

Infinity Ward, the studio working on this year's installment of the series, also joined the teasefest. It did so by tweeting the famous GIF featuring Antonio Banderas from the movie Assassins.

According to earlier information, Call of Duty: Warzone 2 is treated as a completely new position, and not evolution of the first one. This means that no weapons, characters or maps from the first part will be transferred to the game.

Hundreds of Demos for 7 Days - Steam Next Festival is Coming

Dying Light 2 Finally Enables Us to Change Dubbing to English

Horizon Forbidden West Preload Available; Here's How Much it Weighs