What will arise from the combination of two racing powers? The near future should provide an answer to the question. Codemasters, a company specializing in the genre, announced that it has purchased the other team of experts in track competitions, namely the team at Slightly Mad Studios - the devs of such games as the Project CARS series, Need for Speed: Shift or Test Drive: Ferrari Racing Legends. Codemasters took under its wings not only the studio, but also its entire portfolio, including the Project CARS franchise and an unannounced project based on a Hollywood hit.

It is worth noting, that the change will not affect the structure of both teams - Frank Sagnier will remain the CEO of Codemasters, while Ian Bell will continue to lead Slightly Mad Studios. The latter believes that from now on, both companies will be able to "learn from each other, share resources and make proper use of emerging platforms and technologies". Sagnier argues, that the project will result in the creation of a "global leader in the genre of racing games". For the record, it should also be noted that after the one hundred and fifty Slightly Mad Studios employees join Codemasters, the companies will employ a total of approximately seven hundred people. 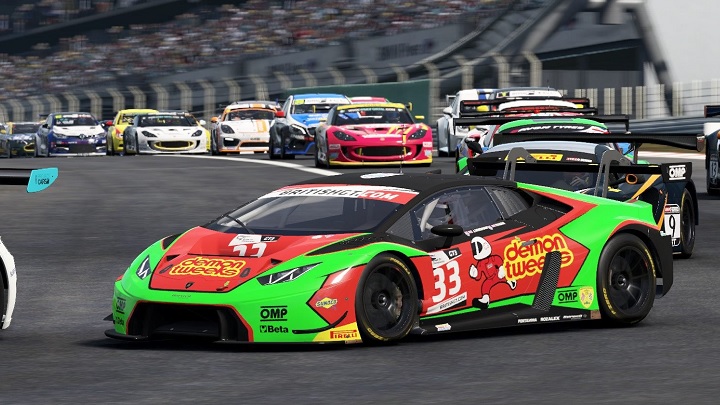 Codemasters and Slightly Mad Studios may already be planning a joint assault on the racing game genre.

According to Codemasters, Slightly Mad Studios is currently working on three projects. We are talking about the mobile Project CARS GO, the enigmatic game adaptation of a Hollywood hit and the game representing the studio's own franchise; one might suppose the latter is Project CARS 3, but this time nobody said it directly.

As you can easily guess, when one company of this caliber buys another one, big money is at stake. Codemasters paid $30 million for Slightly Mad Studios, $25 million of which was paid in cash and $5 million in shares (the latter will be paid out after the release of the aforementioned adaptation). The price may increase over the next three years depending on the operating profit generated by the devs of Project CARS. According to GamesIndustry.biz, referring to the words of a financial analyst from Liberum, the whole thing should close in 67.9 million dollars.