Modder known as Cloacked has recreated two maps from Counter-Strike: Global Offensive on Unreal Engine 5. Interestingly enough, unlike most mods of this type, you can freely download and test this project.

Of course, after downloading the file, we can only explore the reconstructed maps. We are not given the opportunity to shoot, throw grenades or plant explosives - and it probably will remain so. We can choose between Inferno and Dust 2, which have been ported to UE5 and are one of the most popular maps in CS:GO. The creator wrote however, that over time he will add new maps and features, and perhaps implement a multiplayer mode. It's unclear what this will look like at this point, but the history of similar projects tells us to remain skeptic. 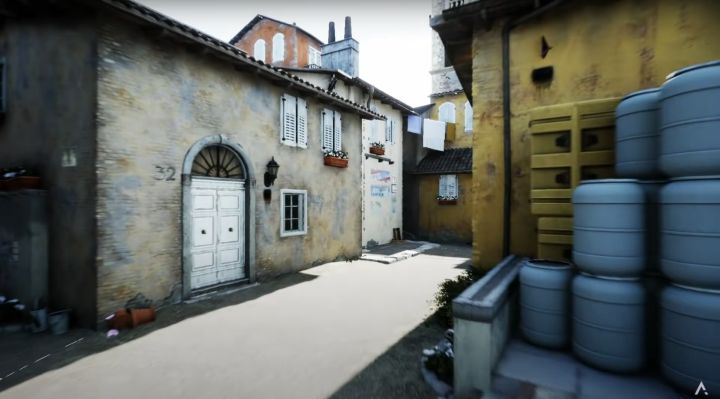 Despite the fact that the game mechanics have not been recreated, the project is still impressive. The maps look quite good and certainly stimulate the imagination of many fans of Counter-Strike. Thanks to a YouTube user named AREZ, we can see what the end result looks like on a GeForce RTX 3090. Be warned that the video will not fully reflect the visual aspects of the project.

Some fans of CS: GO were not pleased with the work, however. In the comments of DSOGaming users, under article presenting the mod, as well as in the opinions under the video on YouTube, we can find many voices saying that "the image is too bright" and spoils the effort put into the project.

"It looks cool, but this lighting is terrible it's destroying all the work, I was almost blinded by this sky and the exposure is very slow," writes user William on dsogaming.com.

"Sorry but this looks awful. There is too much brightness, they put too much bloom or whatever making it look awful. You can't even see the sky it is just a blurry mess," seconds user Al.

If you'd like to see for yourself what Counter-Strike: Global Offensive could look like on Unreal Engine, there's no problem downloading the files. The project "weighs" just under 7GB.

Unreal Engine is one of the most popular and advanced game engines. It is used by smaller studios as well as in high-budget productions (eg. PES 2022). The newest version, Unreal Engine 5, introduces huge changes, including rendering graphics and global illumination.

There are many similar projects out there. Counter-Strike alone has repeatedly lived to see similar "remakes". In 2019, the reconstruction of Dust 2 on Unreal Engine 4 was widely acclaimed. Not only CS:GO is on the target of modders testing the capabilities of the Unreal Engine. We recently wrote about the reconstructed Western Watchtower from Skyrim - the views are stunning.

Oblivion fans will surely be interested in another project that recreated the Imperial City in Unreal Engine 5.