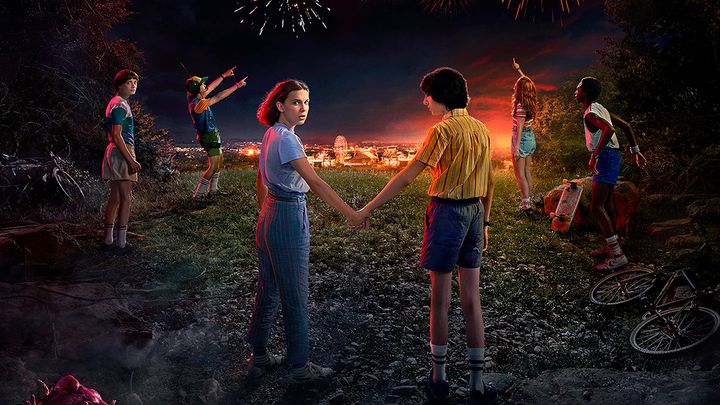 Stranger Things is not just about colors.

Will Fires, Mark Paterson and Craig Henighan. People who are unlikely to be associated by most of you, although they were the ones who worked on the Oscar-winning Roma or the War for the Planet of the Apes. They also joined forces for the third season of Stranger Things. But they were not responsible for the direction or even the script. Their task was audio processing.

It was not an easy thing to do, especially with this series. Aesthetics of the 80s and inspiration from classic sci-fi and fantasy works forced the creators to use appropriate colors palette and special effects. Despite the TV show formula, the work had to maintain cinematic levels of quality. This also applied to the work of sound engineers. Those, on the pages of Hollywood Reporter, told a little more about their work:

"We had a giant monster, and it had to sound like it was the biggest, loudest thing you ever heard. How can you do that when you can't rely on tricks in the cinema? One way to suggest size was to add low-end bass. Additionally, tasteful distortion can go a long way if you want to suggest size, [suggesting] the thing is so big and so loud, it's not only shaking the camera but overwhelming the microphone and causing it to distort."

This is not the first time in the last few days that artists have bragged about their behind-the-scenes activities. There is also a ten-minuteTweeter material, in which showrunners and actors talk about their creative process.

It is known that the fourth season of Stranger Things is being created, but the work on the set was stopped by the coronavirus pandemic. For this reason, the release date is not yet known, but Netflix regularly publishes promo materials to satisfy the fans.