Paradox Interactive surprised fans with another free game, releasing The Reaper's Due in a weekend promotion on Steam . However, you should hurry up, because the offer will expire at 9 AM PT. We remind those interested that the lack of the base version of Crusader Kings II is not a problem, as it has been offered in the free to play model since October last year. 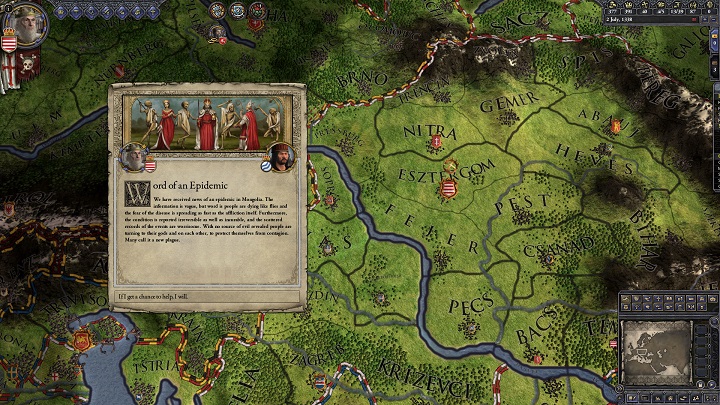 Epidemic - I have a feeling that Paradox Interactive did not choose this add-on by accident.

The Reaper's Due is not the first Crusaders King II add-on distributed for free. In November we could get Sword of Islam, and in January Sons of Abraham. Additionally, anyone who subscribes to the Crusaders King newsletter will receive The Old Gods for free. Such a policy of the company is undoubtedly dictated by the upcoming great launch of Crusader Kings III, which is expected later this year.

Crusader Kings II: The Reaper's Due expansion adds epidemies to the game. The addition largely focuses on the Black Death pandemic - a 14th century plague that could have killed up to 30-60% of Europe's population at the time. As a result, the game has been enriched with new mechanics and events related to the disease. The DLC was warmly welcomed by fans and can boast 88% of positive opinions on Steam.

Crusader Kings II: The Reaper's Due