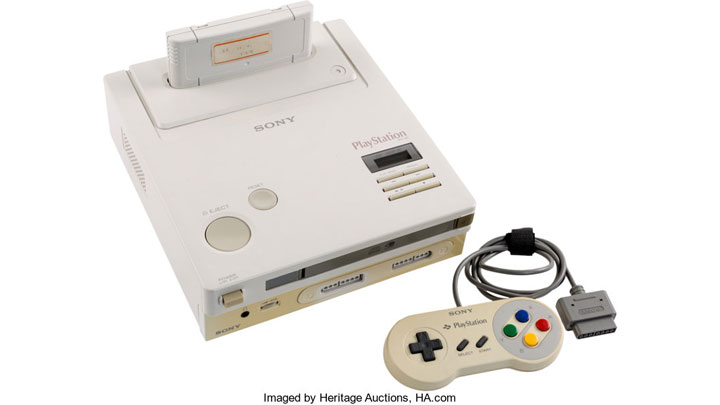 Greg McLemore won the auction.
IN A NUTSHELL:

Last month we wrote about the planned auctioning of a prototype of the Nintendo PlayStation, a prototype console which eventually did not make its market debut. Now the auction is over and the winning bid reached is360 thousand dollars.

Among the people taking part in the auction was Palmer Luckey, founder of Oculus VR. However, Greg McLemore triumphed in the end, who made his money by creating pets.com and toys.com, among others. For years he has been collecting items related to video games, and his possession includes 800 arcade machines. McLemore wants to open a museum on the history of electronic gaming in the future.

The amount of 360 thousand dollars may seem high, but the organizer of the auction, Terry Diebold, is undoubtedly disappointed with its result. He had previously rejected an offer of $1.2 million made by a buyer from Norway. He believed that he would receive a higher amount during the auction. As you can see, this did not happen.

The console was the result of cooperation between Nintendo and Sony in the early 1990s. The prototype resembles a 16-bit SNES with an attached CD drive. Eventually, plans to release the device were abandoned, and Sony took care of creating its own platform.

Only 200 prototypes were made and most of them were destroyed. The auctioned copy is so valuable, because it may be the last one in the world. It once belonged to Olaf Olafsson - the founder, first president and CEO of Sony Computer Entertainment. After he left Sony, he joined Advanta Corporation as the president. When the latter corporation declared bankruptcy, the console was auctioned off along with other assets of the company. The auction was won by Terry Diebold.

Crusader Kings 2: The Reaper's Due Available for Free