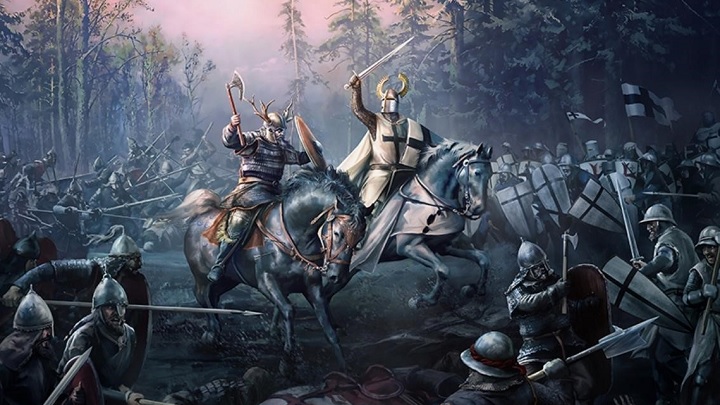 Free (and non-compulsory) ticket for a crusade? What's the catch?

This year's edition of PDXCON has just begun, but shortly before the opening of the event, Paradox Interactive gave us a little surprise. On the occasion of the event, the base edition of Crusader Kings II was released for free on Steam. No, notas part of a free weekend or any other such promotion. The publisher's announcement is a little unclear, but the lack of a countdown to the end of the offer on the game's site on Steam seems to indicate that we can get free copies of the second Crusader Kings permanently. Other thing is whether the action will last only until the end of PDXCON 2019 or, more likely, the title has become a free-to-play game. When the situation has clarified, we will inform you about this in an update of this message. In addition, for the time of the event all the expansions and packs for Crusader Kings II were discounted.

This is not the first time we have a chance to get this knightly strategy for free or cheap. Less than three months ago the game was included in the Humble Bundle offer, with all the expansions, if we were willing to spend a dozen dollars or so (for comparison: in the current Steam promotion, the DLC set costs almost $80). However, even fans who have had Crusader Kings II for a long time were not indifferent to the announcement of Paradox Interactive. Of course, they are not interested in the free game itself - temporary or not - but in the possibility of a sequel. It's no secret that the creators have been planning to end their support for the second installment for a long time, which was justified by the fact that last year it was filled with content that simply no longer fits on the game map (via Gamesindustry.biz). This in turn opens the way to the release of the third installment, especially as it was indicated by other activities of the publisher. Suffice it to mention the company's September Twitter entry with Linda Tiger, who introduced herself as the main producer of a yet undisclosed production. She did it holding a big sword against the background of a knight's armor.

Is this mysterious project really Crusader Kings III? We'll know soon enough. For now we can enjoy the free edition of the second installment of the strategy game series on Steam.