The introduction to Counter Strike Global Offensive Source 2 engine is being talked about more and more. As leakers noted on Twitter, some maps have been marked with the annotation "_sc2". Logically, this means that Valve is testing them on the new engine.

Which maps are involved?

As written on Twitter by Gabe Follower, the maps that Valve employees have been tweaking for the Source 2 engine over the past few months are: Shoots, Inferno, Lake, Overpass, Shortdust and Italy.. As you can see below, in addition to the distinctive "de_[map name]" segment they also have the aforementioned "_s2" ending.

Data in the game code

Leakers initially, for reasons of security and privacy, did not want to reveal the names of the maps or how they acquired this information. Eventually, however, everything was made public anyway. Aquarius, one of the leakers, mentioned that the rich presence, which is available on Steam, has been very helpful. 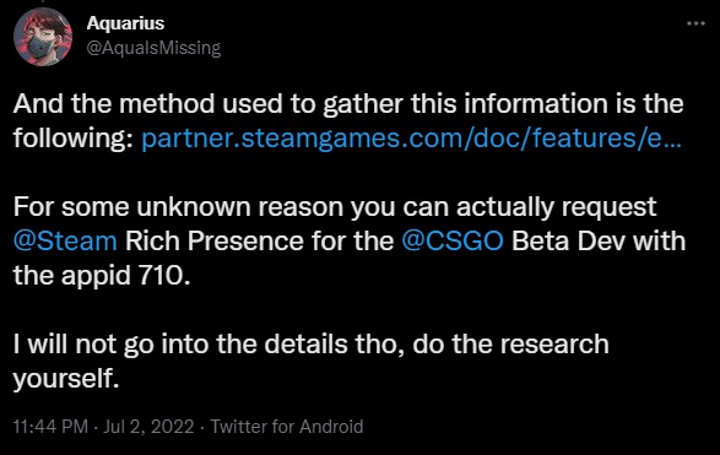 However, he does not provided any details, encouraging us to dig into the game's code on our own. Nonetheless, the mere fact that the maps were revealed gives hope that Source 2 is indeed coming to CSGO.

This is also supported by mentions about the new engine, which we learned about in May, and the words of a streamer known as WarOwl. Allegedly by accident, he revealed that Source 2 is set to appear in CSGO as early as August. How it will really be, we will find out soon enough.

This Windows is Still Alive and Gaining Popularity

High on Life Developer Asks Not to Yelled at Him; Game Delayed

Diablo 4 as Live-service Game; Seasons and Microtransactions in Detail

Modders are Already Gearing Up to Patch Starfield