There are still more than two weeks left until the launch of Cyberpunk 2077, but it turns out that some stores (including Amazon) have already received copies for sale. Reddit user Justgonnasendit90 claims that he already had the game in his hands, and as proof he posted a photo of the box.

The fact that the copies of the game are already circulating around the world means that it was only a matter of time before some unauthorized materials leaked. A gameplay recording from the PlayStation 4 version has been released online, which is interesting enough to note that so far the devs have not shown any videos from this edition, only promising that this will change soon. CD Projekt RED is doing its best to remove subsequent mirrors leading to the video, but more are appearing each minute. You can still watch it here. 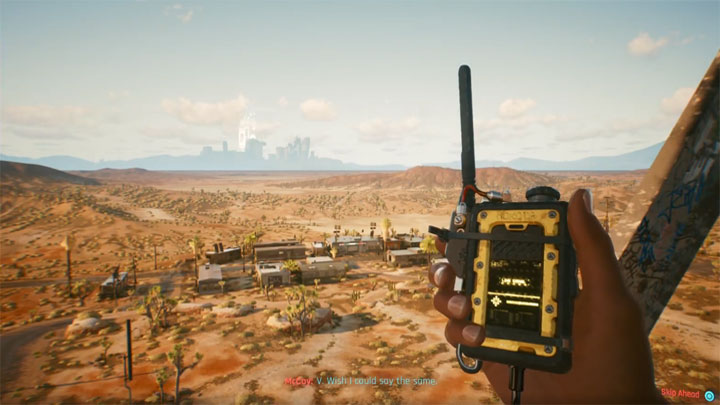 This copy of the PS4 version has probably been stolen from Amazon's warehouse network.

The video from the PS4 version takes over 20 minutes. It is not particularly interesting in terms of gameplay, but it is worth watching it to see how the game will look on this console. Interestingly, this copy of the game was most likely stolen by an employee of an Amazon warehouse located in Florida.

This is certainly not the last leaked video material that awaits us before the release. While watching them, it should be remembered that they do not present the final version of the game. The recorded edition, same that was sent to the shops, is the one that existed when the project has gone gold. At that time there were still 45 days left until the launch, but then it was decided to delay the release by three weeks. Therefore, the patch that will make its debut with the release of the game will contain improvements from two months of work and thus the whole thing should be much more refined than what we will see on unauthorized gameplays.

As a reminder, Cyberpunk 2077 is coming to PCs, Xbox One, PlayStation 4, Xbox Series X/S and PlayStation 5. The game will also be available in the Google Stadia streaming service. The launch is scheduled for December 10.

With iOS 15 Apple May End Support for Older Smartphones

Unboxing of Pokemon Booster Packs Becomes a Hit on Twitch

Remember FNAF? The Movie Based on the Game is Actually in the Works

Cyberpunk 2077 Hype is Real; The Game Conqured Steam Even Before Launch

Predator 5 in the Works; Director and Screenwriter Revealed