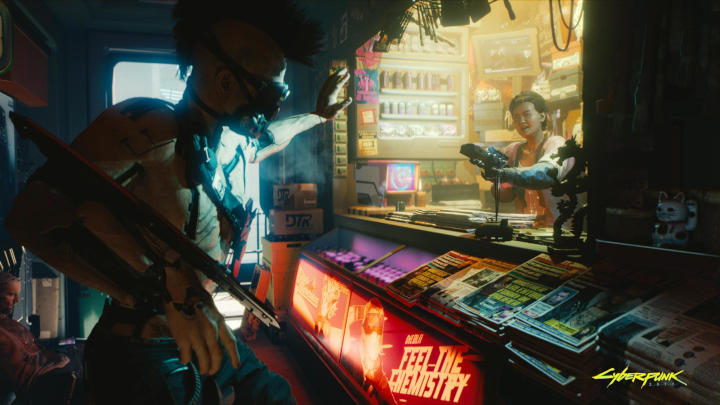 And you won't get it only on Epic Games Store either.

Cyberpunk 2077 raises great emotions among the players. The news about this title often seems to be too beautiful to be true. No wonder that so many people are trying to find some kind of fly in the ointment. The recent Metro Exodus raised a lot of red flags for the community - and what if Cyberpunk 2077 also becomes an Epic Games Store exclusive? Although this is a rather unfounded concern (CD Projekt has its own digital distribution platform - why should the company sign any kind of exclusive agreement with someone else's platform?), the studio officially announced, just in case, that the title will not be available only in the Epic Games store.

If temporary exclusivity is out of the board, what else could go wrong? Representatives of CD Projekt Red mentioned the introduction of multiplayer to the game, so maybe there will be some microtransactions in the production?

May this short but meaningful tweet be your answer. There was also a tweet in which the studio was asked if Cyberpunk 2077 would get a battle royale mode, but it was removed by the user, so in this case we can seen only their reaction:

Another user asked about the companions available in the game. They wanted to know whether the gender of Jackie (the character who helped the main character in the promo material provided by CD Projekt Red) changes depending on whether the player's avatar is male or female, and if not, whether we encounter any female companions in the game. The developers responded as follows:

No release date for Cyberpunk 2077 has been given so far. The production is heading to PC and current-gen consoles.