Darkest Dungeon has finally left Early Access, where it appeared in February 2015, and released in full version on Steam, GOG.com, and Humble Store. This dark-themed and extremely difficult roguelike RPG by indie developer Red Hook Studios is offered in the Valve Softwares digital store for $19.99. The latest, 1.0 upgrade introduced several language localizations, achievements, New Game Plus mode, class-specific provisions, as well as a bunch of other changes and fixes  check out the entire changelog in the official release notes.

The team says that after taking some well-deserved rest they will start working on the first free expansion offering town events, a new playable hero class, and lots of gear. They also promise more future content updates coming this year, including new game modes and official mod support. 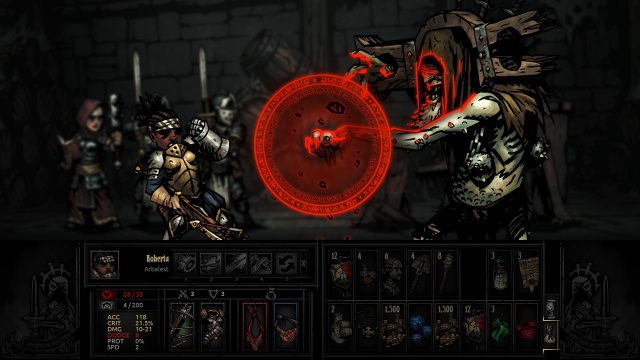 Darkest Dungeon is now out on PC, but it is also to be released on other platforms: the game will hit PlayStation 4 and PlayStation Vita in Spring 2016, and then a mobile edition for iOS devices will come later this year.